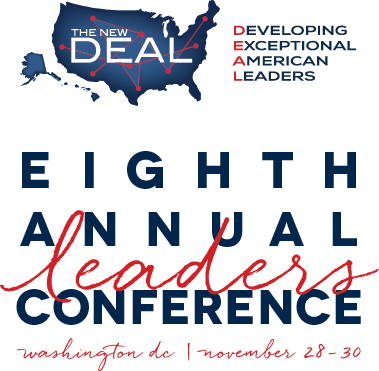 At last week’s 8th Annual Leaders Conference in Washington, DC, we met with around 70 NewDEAL Leaders from across the United States, elected officials at the state and local levels that are finding practical, forward-looking solutions for the challenges of the digital age. We heard from these Leaders as well as thought leaders from the public and private sectors as we discussed solutions for a wide variety of challenges that face Americans today, from climate change’s effects to protecting democracy.

Key among the challenges discussed during the conference was the changing future of work, and our sister organization, the NewDEAL Forum, was proud to release policy recommendations from the Future of Work policy group to tackle this important issue. We encourage you to take a moment to check the recommendations out online and think about how these policies could apply in your own communities.

We hope you were able to join us for a few sessions on Facebook Live – if you missed the stream, you can still watch the recording! If you weren’t able to join in person or by stream, here’s highlights from our speakers last week: 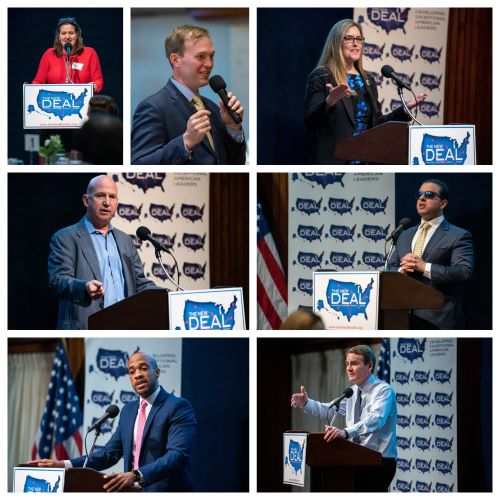 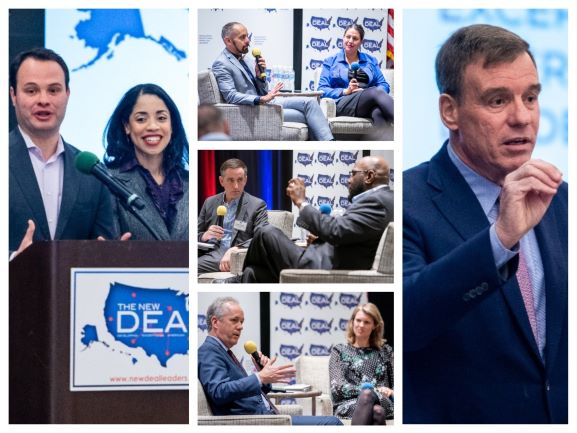 Thursday’s events kicked off with opening remarks from NewDEAL Leaders Houston Councilmember Amanda Edwards and Massachusetts Senator Eric Lesser, co-chairs of the NewDEAL Forum working group on the Future of Work. They were followed by a series of conversations on the Future of Work, including remarks from NewDEAL Honorary Co-Chair Senator Mark Warner, who stressed the need to work across the aisle on issues that matter: “Our country is not going to get better if our blue states only get bluer and our red states only get redder.”

Other conversations centered on education, retraining and upskilling for workers, and portable benefits and the modern safety net, where NewDEAL Leader New Jersey Senator Troy Singleton noted “There’s a population in each of our states who are not reflected in any of the statistics and are going to work each and every day to have no social security net, no ability to save for retirement. We as Democrats need to begin to speak to their concerns as well.” 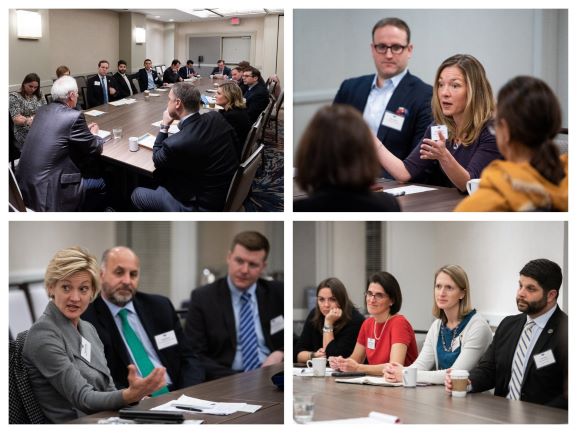 Breakout sessions throughout Thursday and Friday allowed participants to dig deep on issues and discuss what they see in their own states, counties, and cities. Sessions covered a range of policy topics like access to health care and criminal justice reform, as well as electoral topics like ranked choice voting and battling misinformation.

The “Midterms and Where We Go from Here” panel, with Third Way’s Matt Bennett, Millennial Action Project’s Steven Olikara, Emerge America’s Allison Abney, and NewDEAL Leader Santa Cruz County Supervisor Ryan Coonerty, looked at lessons learned from the midterms, focusing on the move past traditional left and right paradigms, as well as other generational changes. Steven Olikara noted the importance of building the strongest kind of bipartisanship: “a type of political bridge-building…you have a deliberative process where you sharpen your ideas through a diversity of thinking.”

The final day of the conference began with remarks from Jamal Simmons from The Hill. NewDEAL Leaders Cincinnati Councilmember P.G. Sittenfeld and Mayor John Cranley introduced the panel on combating climate change, with Mayor Cranley underlining the importance of addressing climate change for future generations: “We do not inherit the earth from our ancestors. We borrow it from our children.”

Bob Perkowitz of EcoAmerica, Brady Walkinshaw of Grist, and NewDEAL Leader Norfolk, VA Councilmember Andria McClellancontinued the discussion on climate change, with Brady Walkinshaw highlighting that the timing is right to act now: “The opportunity to actually move towards 100% [renewable] is greater than it’s ever been. You also have these opportunities, be it through technology, be it through things likes community solar, to move into different sectors.” 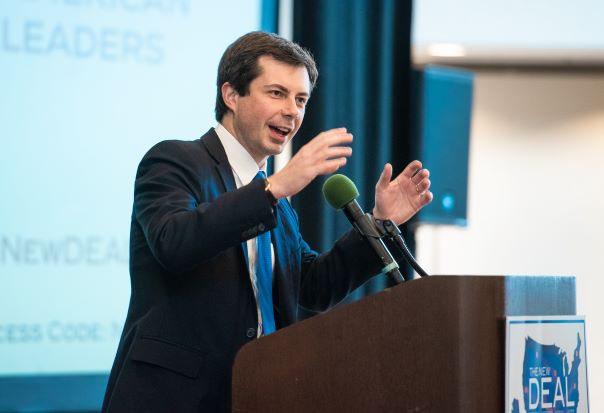 NewDEAL Leader South Bend, IN Mayor Pete Buttigieg spoke on a variety of topics, including the idea of reclaiming the word freedom: “There are all these, as we’re learning more and more, non-government sources of un-freedom…The real question is, ‘Does this system of constraints set up as a government, in general, make us more free or less free?’ You are talking about the ways in which you are more free if you don’t have to worry about losing your healthcare when you go to start a new business.” 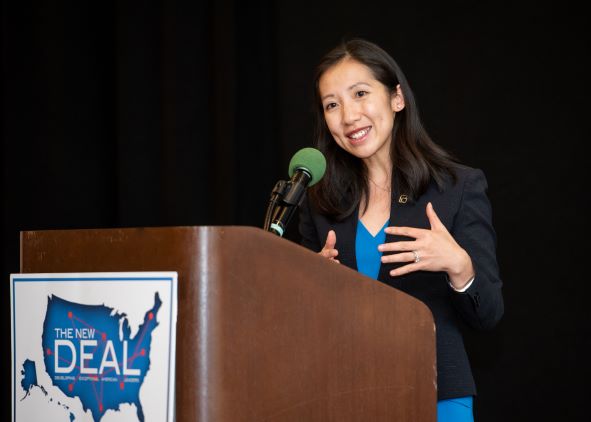 Dr. Leana Wen, president of Planned Parenthood, wrapped the conference with her closing remarks on the excitement she felt as women, immigrants, people of color, and others won seats in the midterms, and emphasizing that a threat to women’s health is a threat to public health.