NewDEAL Democrats are calling for an update to the social contract, as reported in GeekWire’s coverage of the 2018 Ideas Summit. The article outlines the NewDEAL approach to meet the demands of the 21st century economy, like the “shift from employment to contract work” and “the looming cloud of automation.”

Thank you to the 30 rising state and local leaders, as well as our public and private sector partners, who participated in two days of in-depth discussions about how Democrats should address the biggest public policy issues affecting Americans’ quality of life, including the future of work, trade, and climate change.

If you were unable to join us for the Summit, here are a few highlights: 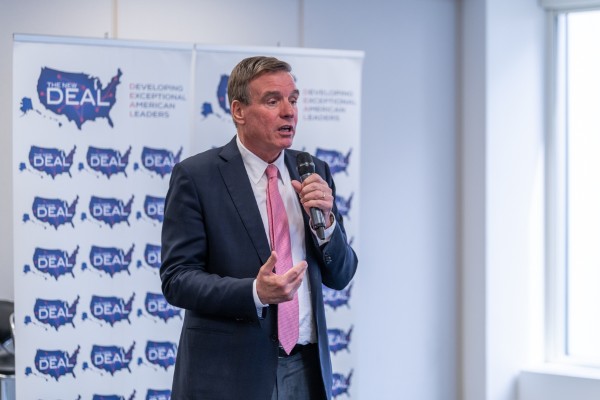 NewDEAL Honorary Co-Chair U.S. Senator Mark Warner framed the challenges facing today’s policymakers and highlighted NewDEAL Leaders’ role in finding solutions that make the modern economy work for everyone. “The transformation that is sweeping through our world is not going to be solved by political leadership that looks back on 20th Century solutions,” he said while proposing policies like portable benefits and tax incentives for businesses to invest in skills training. “In an interconnected world, you shouldn’t have to leave your hometown to get a world class job.” 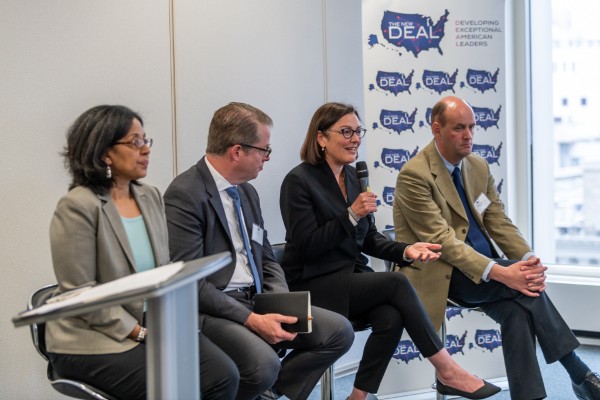 NewDEAL alumna Marilyn Strickland (left), the former Mayor of Tacoma and new head of the Seattle Metropolitan Chamber of Commerce, highlighted why local communities have a major stake in smart trade policy to provide economic opportunity for as many people as possible. “We have to be able to express to folks what trade means locally,” she said as part of a panel on The Future of Trade amidst controversial policy decisions by the Trump Administration. “The vast majority of companies that benefit from trade are small and medium sized companies.” 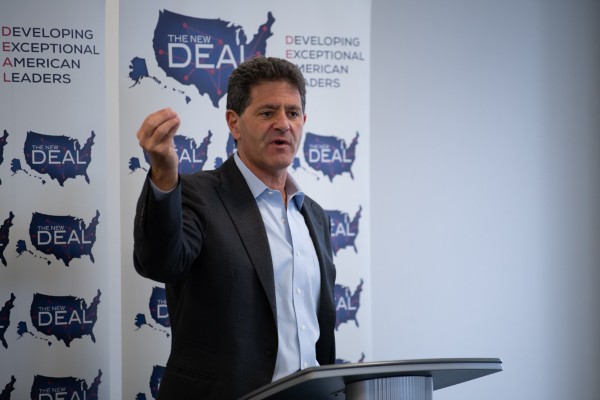 Successful entrepreneur and venture capitalist Nick Hanauer, one of the first investors in Amazon, touted the success of sound economic policy in Seattle, which, he said, has been the home to more construction cranes in the past two years than any other city in the world. “Our city isn’t thriving in spite of progressive policies that we’ve enacted, but because of them. A thriving middle class isn’t a consequence of economic growth, a thriving middle class is the source and cause of economic growth.” 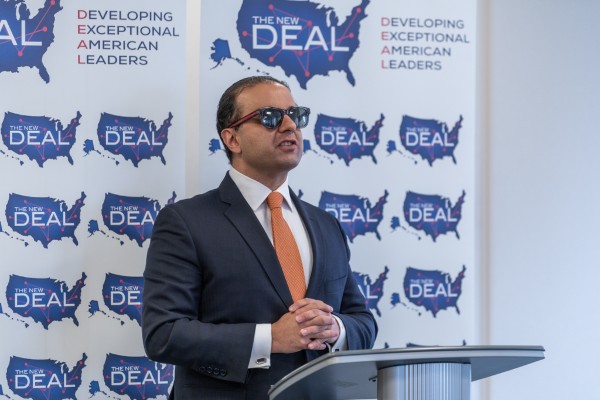 NewDEAL Leader and Washington Lt. Governor Cyrus Habib hosted the Summit at the Seattle Chamber of Commerce and spoke about his pride in being a member of the organization. He offered a local example of a “NewDEALy kind of idea” to support access to education and training. “You take working adults and work with a university to recognize their prior learning and count it towards a bachelor degree (with the first program involving a bachelor of construction management). It’s those types of solutions that we’re working on at the statewide level.” 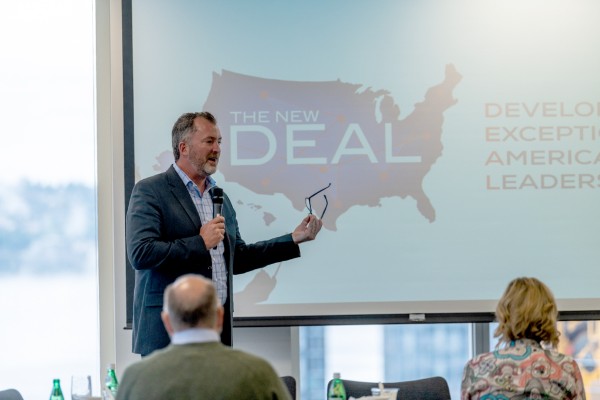 NewDEAL Leader Washington State Senator Kevin Ranker emphasized the connection between jobs and sound climate policy during a discussion about the importance of state and local leadership to battle climate change in the Trump era, noting the huge amount of jobs and economic activity impacted by global warming. “The more of those actual job connection discussions we can start… the more people we can bring to the table. These are jobs in rural districts. We’ve got to change our message, and if our message is powerful and robust, but also people relate to it, I think it makes a difference.” 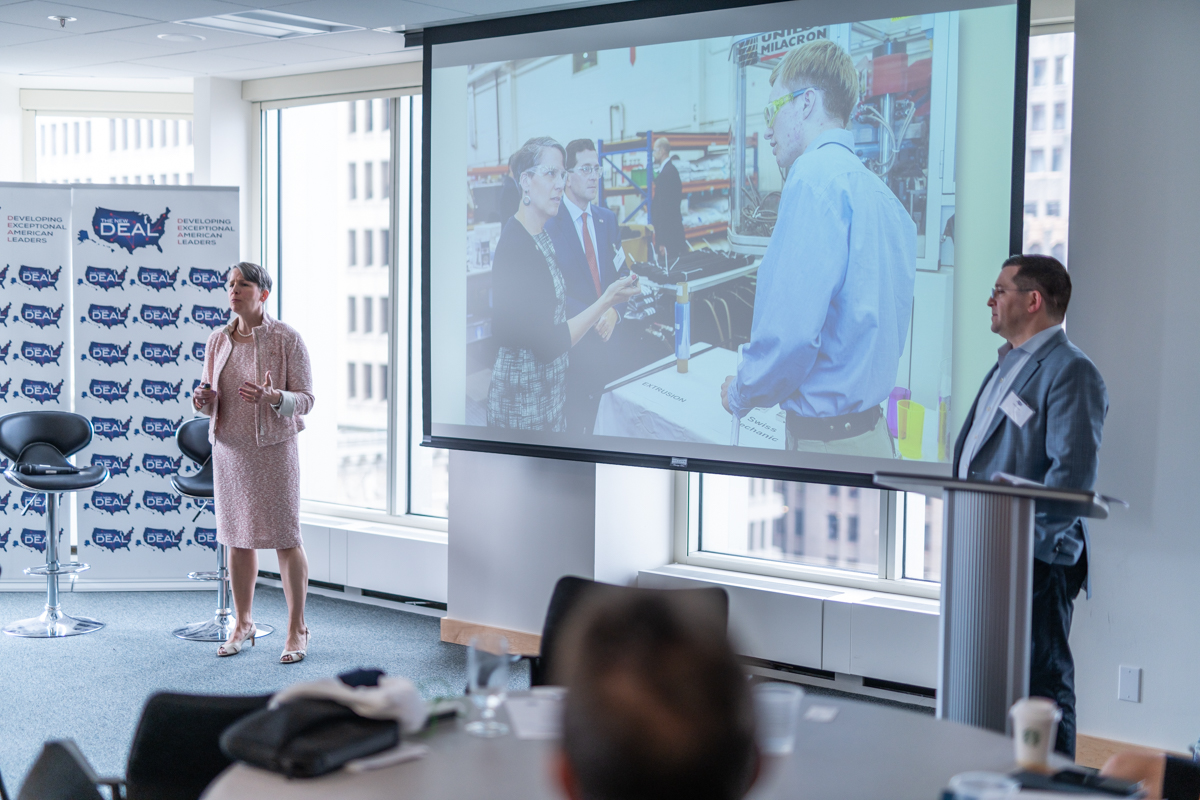 The Summit concluded with extensive conversations and presentations about transforming the education and training systems that prepare people for high quality jobs. Former U.S. Ambassador to Switzerland Suzi Levine, who is the new commissioner of the Washington State Employment Security Department, joined her husband Eric LeVine in calling for an apprenticeship renaissance in the U.S. They reviewed the success of the Swiss system, and its applicability to states and municipalities, with its emphasis on multiple career pathways and the lessons it teaches about the vital roles of the business community. 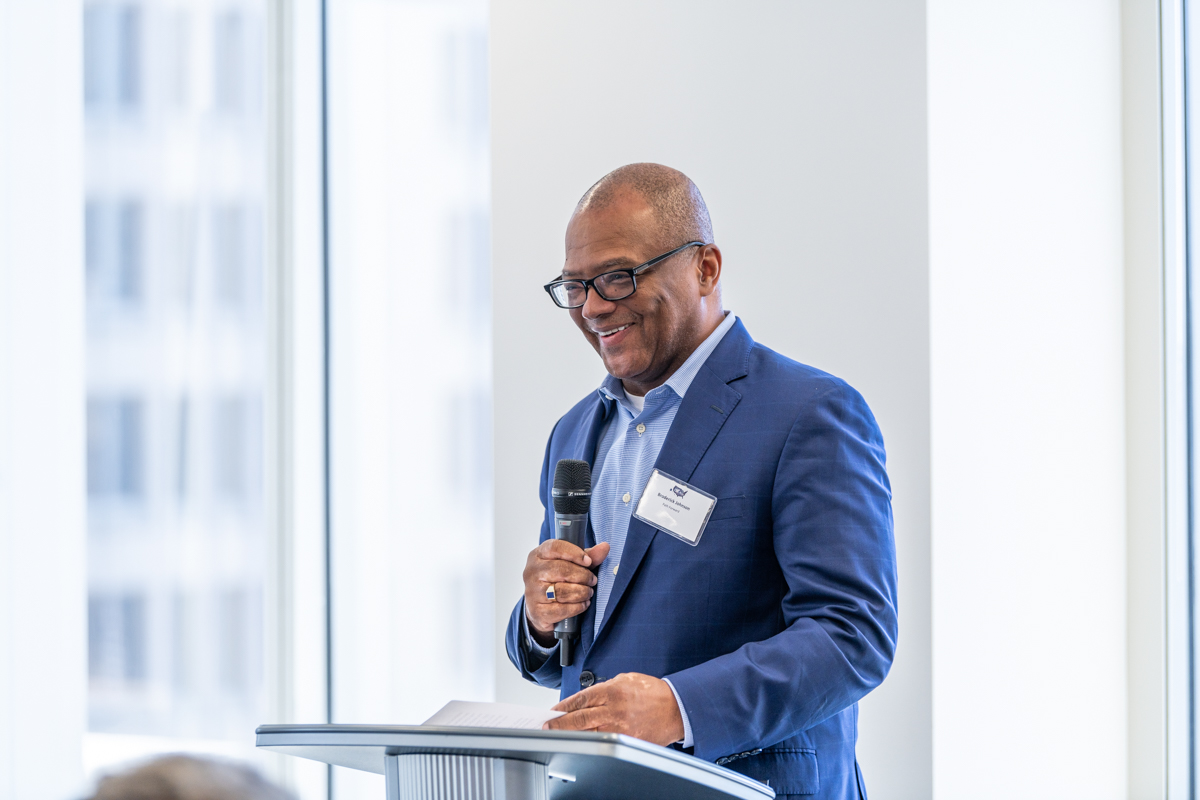 Following a panel led by Greg Nelson from the Aspen Institute’s Future of Work Initiative, Broderick Johnson, a former senior staff member to President Obama, discussed his work with the My Brother’s Keeper Alliance and the Path Forward Coalition. The latter promotes opportunities for skill building and training in service industries. He emphasized the key role this sector plays in the start of so many careers.

“New innovations in technology are advancing the customer experience and changing the future of work. This is especially true in the service industry that plays a significant role in preparing and strengthening the American workforce,” including through educational offerings, training programs, and other opportunities to advance.