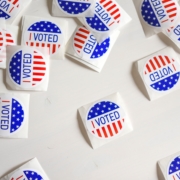 This week, NewDEAL Leader Minnesota Secretary of State Steve Simon announced legislative priorities, which include automatic voter registration, increased protections for election workers and restoring voting rights for anyone convicted of a felony still on probation or parole. As this Governing piece points out, state legislatures nationwide are considering changes to their voting systems ahead of the 2024 presidential election, with Republicans in states like Ohio, North Carolina, Texas, Florida, and Georgia seeking to enable officials to prosecute perceived election discrepancies. Along with Simon, Democrats in Connecticut, Michigan, and Pennsylvania are looking to expand access to the ballot box. “I will work with anyone of any political affiliation, from any background, from any part of our state to protect and strengthen and defend the freedom to vote,” Simon said. For more, read this article about the potential impact of Simon’s priorities. 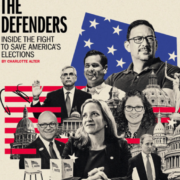 Three NewDEALers were dubbed “Defenders” of American Democracy and featured in the October 2022 TIME Magazine cover storyTIME Magazinecover story as they run in key battleground states against “election-denying candidates” who seek the office of secretary of state, which oversees election administration. Read about Minnesota Secretary of State Steve Simon’s work to push back against “the judgment on the entire [election] system” by promoting election transparency and Michigan Secretary of State Jocelyn Benson, who despite personal attacks, is unwavering in her commitment to preserve the integrity of her state’s election process. A co-chair of the NewDEAL Forum’s Democracy Working Group, Benson is also a national leader on increasing access to voting for all Michigan residents. Also hear from NewDEAL Alum Adrian Fontes, the former Maricopa County Recorder in Arizona, about his high-profile campaign for secretary of state in Arizona, which continues to be a vital state for combating election lies.

A committee co-chaired by NewDEAL Leader Massachusetts Senator Barry Finegold recently brokered a deal in both the House and Senate to pass a package of voting reforms that include permanent mail-in voting, increased ballot accessibility for voters with disabilities and overseas service members, and updated election administration procedures for the state. The reforms also make voter registration windows more flexible, allowing voters to register as late as 10 days before an election rather than the original 20 days. “This landmark legislation will empower voters and strengthen our democracy,” Finegold said. Read more about this important legislation, and keep an eye out for more from the NewDEAL Forum on solutions to protect voter access and build election integrity as the new Democracy Working Group ramps up. 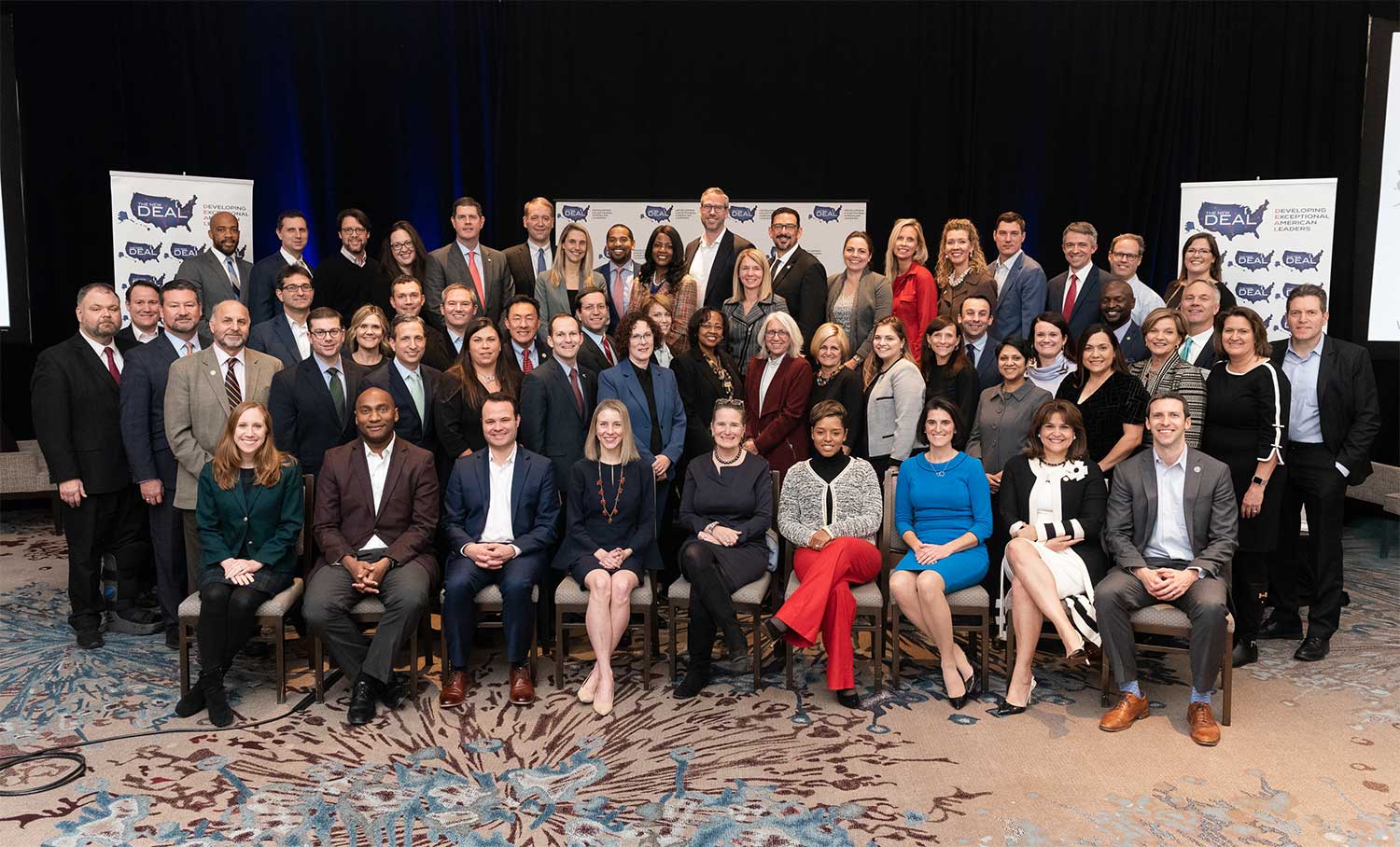 Recently, NewDEAL Leader Representative Nima Kulkarni’s bipartisan Kentucky Uniform Public Expression Protection Act was signed into law by Governor Beshear. The bill seeks to prevent wealthy businesses or individuals from filing frivolous lawsuits aimed at intimidating or silencing critics through the long and costly court process. The new law establishes a framework through which judges can determine whether a suit is being brought in bad faith, and it allows defendants to dismiss cases more quickly. “At its core, this bill safeguards First Amendment rights in our courts and makes sure that everyone gets a fair and expeditious day in court,” Representative Kulkarni said. Read more about the bipartisan bill here.

This week, NewDEAL Leader Michigan Senator Mallory McMorrow went viral for her floor speech responding to a Republican colleague who, in a campaign email meant to score political points with GOP voters, had accused McMorrow of wanting to “groom and sexualize kindergarteners.” In the speech, Senator McMorrow cuts through this ugly, divisive rhetoric with a response that is relevant for leaders across the country who are dealing with Republican attacks over issues involving education, race, and LGBTQ rights. “People who are different are not the reason our roads are in bad shape, or healthcare costs are too high, or teachers are leaving the profession,” said McMorrow. Going beyond the specifics of the attack on her, she went on to speak powerfully about her upbringing and belief that “no child alive today is responsible for slavery. No one in this room is responsible for slavery. But each and every single one of us bears responsibility for writing the next chapter of history … we are not responsible for the past. We also cannot change the past. We can’t pretend that it didn’t happen, or deny people their very right to exist.” Watch the moving speech, which has been viewed more than 13 million times, here.

Securing and safeguarding the right to vote is vitally important, especially as some states have worked to suppress voters. We must make sure every vote counts – whether that is through the traditional polls or through vote-by-mail ballots.

I have introduced bills that would do the following:

Requires county board of elections to mail notice to mail-in voters after each election confirming ballot was received and counted.

Our 2020 election cycle faced an unprecedented public health crisis that forced cities and states to act immediately to not only protect citizens’ right to vote but their health and safety while exercising that right. Last year, nearly half the nation voted by mail or absentee ballots.

In Nevada, in the midst of a statewide shutdown, our Secretary of State and election officials worked around the clock to conduct a primary election by mail– something that our state has never done. After the primary election, the state legislature passed emergency legislation to ensure mail-in ballots would be available in the general election as the uncertainty of the COVID-19 pandemic still remained. With record voter turnout and an electorate eager for more options to cast their ballots, we passed legislation to make our emergency measures permanent. Now every single eligible voter will automatically receive a mail-in ballot for every local and state election

More and more Mainers and individuals across the country are utilizing the option to vote from home. This is especially true in Maine where our population is the oldest in the country and absentee voting provides an accessible option for casting a ballot for older Mainers and persons with disabilities. However, it can be cumbersome for someone who votes via absentee to request a ballot for each and every election.

I introduced and passed legislation that creates an ongoing absentee voting status for persons over the age of 65 and persons with disabilities. These individuals will be able to request this status once and from that point forward they will receive an absentee ballot for each and every election. This will create greater access to the ballot box and most importantly it will enhance participation, particularly in local elections that do not have all of the fanfare of a presidential election.

We must lift the veil of secrecy that surrounds the activities of groups working to influence the political process. At a time of increased misinformation and distrust it is more important than ever that the public is provided the information they need to make informed decisions on the policies that impact their lives. Full disclosure will improve the credibility of the government and enhance the public’s trust.

I introduced a bill that requires that election infrastructure vendors disclose financial ties for approval as a vendor by the Secretary of State; requires report of known or suspected security incidents involving election systems to the Division of Elections. I also introduced a second bill which makes various changes to reporting requirements for independent expenditure committees; establishes reporting requirements for policy impact committees.

The events that transpired on January 6th represent one of the darkest days in American history. It showed the vital importance of civics education. We need to properly educate our young people so they can become critical thinkers who are able to discern truth from fiction. They must understand the foundations of our representative democracy, and take a participatory role in it. Through civics, it is our collective hope that these students will not be indoctrinated into any one particular political ideology but rather become informed and educated citizens that will shape our nation for generations to come.

Our bill, which is now law, directs the NJ Dept of Education to require at least one course in civics in middle school starting with the 2022-2023 school year. Additionally, I have introduced legislation which would require students at public universities to complete at least one course of American government and civic engagement before graduating.