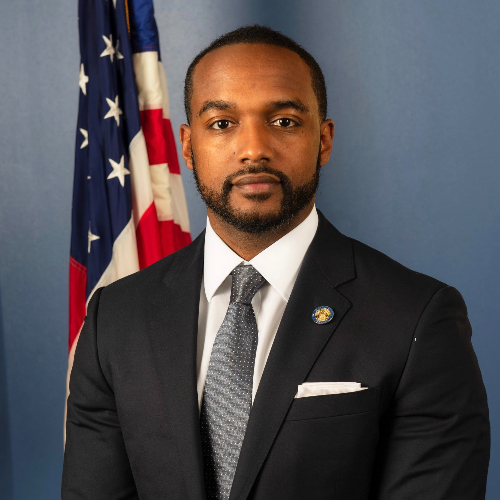 Adrian Perkins is the Mayor of Shreveport, Louisiana. In the wake of 9/11, Adrian Perkins accepted a nomination to the United States Military Academy. There, he was the captain of the track team and the first African-American graduate elected Class President in West Point’s history. Perkins deployed to both Iraq and Afghanistan after graduating from West Point. He achieved the rank of Captain and Company Commander in the United States Army and was awarded the Bronze Star for his service. After three tours of duty, the Tillman Foundation accepted Perkins into their Tillman Scholar Program, enabling him to attend Harvard Law School, where he was again elected Student Body President.

Shreveport Mayor Adrian Perkins launched the Shreveport Universal Basic Income program. Nearly 25 percent of Shreveport residents live under the poverty line, and this program will provide 110 single-parent families with $660 a month. The funding, from Mayors for a Guaranteed Income and the Caddo Parish Commission, will help families meet their urgent day-to-day needs.