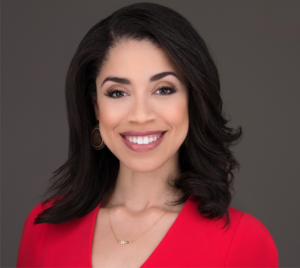 Amanda K. Edwards served as the Houston City Council Member in At-Large Position 4 from  2016 to 2020.  She is also an attorney and native Houstonian with a passion for building communities through public service. Currently, Amanda served as Vice-Chair of the Budget and Fiscal Affairs Committee. She also served on the Economic Development Committee and the Transportation, Technology, and Infrastructure Committee. Amanda worked to address the city’s fiscal challenges and its urban core needs to move all of Houston forward so that it can be the place where the Gulf Coast and the world’s future meet.

Since joining City Council, Amanda initiated and led the Mayor’s Technology & Innovation Task Force to build a more robust innovation economy in Houston, and sat on the Houston Exponential Board of Directors. She also served on the Houston-Galveston Area Council Transportation Policy Council, where she served as Co-Chair of its High Capacity Transit Task Force in an effort to address the region’s mobility needs via multi-modal transit options. Amanda launched and now leads the City of Houston Women and Minority-Owned Business Task Force to assist Houston women and minority business owners with gaining access to capital and scaling up their businesses. Amanda has championed the City’s Complete Communities Initiative; promoted public art through her Super Bowl Community & Youth Public Art Mural Project; and launched the Council Member Edwards’ Community Empowerment Signature Series to empower Houston teens, adults, and seniors to be the solution in their respective communities.

Amanda is a graduate of Eisenhower High School in Aldine ISD. She earned a B.A. in Political Science from Emory University, where she served as president of the undergraduate student body and was later inducted into the Emory University Hall of Fame. Amanda completed her education by earning her J.D. from Harvard Law School. Amanda serves on the Advisory Council of Accelerator for America, the Board of Directors for the National League of Cities and Texas Lyceum. Amanda remains active with service organizations including Alpha Kappa Alpha Sorority, Inc., the Houston Chapter of The Links, Inc., and the American Leadership Forum. She resides in Midtown and attends St. Monica Catholic Church in Acres Homes.