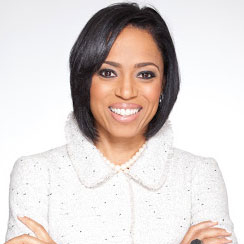 Angela Alsobrooks was sworn-in as the Prince George’s County State’s Attorney in January of 2011. As State’s Attorney, she leads a staff of over 80 lawyers and 100 administrative staff who handle approximately 40,000 cases annually. One of her biggest impacts in office has come through forging partnerships with law enforcement, school administrators, teachers, and parents to disrupt the pipeline between disadvantaged youth and prison by working to reduce truancy and addressing the root causes of criminal behavior.

Prior to her election, Angela was the county’s education liaison and was later appointed to be the executive director of the Prince George’s County Revenue Authority, the quasi-government agency that facilitates economic development and collects revenues generated from county-owned parking facilities.