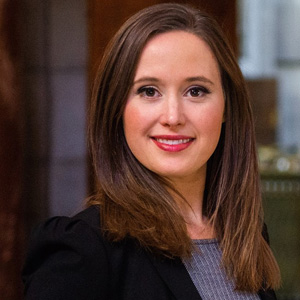 Senator Anna Wishart serves in the Nebraska Legislature as an energized, pro-growth progressive and tenacious agent of change. Intently focused on crafting common-sense policy initiatives that feed technological advancement, bolster entrepreneurial activity, and promote broad-based economic growth, Anna has little time for partisan, narrow minded politics that stifle innovation. Upon her election to the body in 2016, Anna is proud to champion an unapologetically optimistic and forward-thinking agenda in the Nebraska Legislature.

During her tenure in the Legislature, Senator Wishart has paid particular attention to attracting futuristic technology and emerging industries to Nebraska. In 2018, Senator Wishart successfully navigated autonomous vehicle legislation (LB 989) through the Legislature and onto the Governor’s desk for his signature. Upon LB 989’s passage, Nebraska has become a leader in the autonomous vehicle movement, and serves as a statewide model for national autonomous vehicle legislation. As a member of the influential Appropriations Committee, Senator Wishart has similarly enhanced Nebraska’s pro-growth environment through her leadership in crafting annual budgets that support education, workforce development, transportation, clean energy and infrastructure investments. Senator Wishart also realizes that a thriving economy requires inclusivity, diversity, and tolerance at the community level. Once this is achieved, talent retention and attraction of young professionals is noticeably stronger, which is essential to the future vitality of Nebraska.