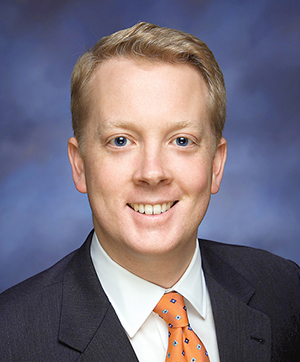 Chris Garrett was a member of the Oregon House of Representatives from 2008 to 2012.

Justice Garrett was an attorney in private practice at Perkins Coie LLP in Portland, where he specialized in complex business litigation as well as employment and election law. Before joining Perkins Coie, Justice Garrett began his career at the New York law firm of Simpson Thacher & Bartlett. He also served as a law clerk to Justice Dennis Jacobs of the United States Court of Appeals for the Second Circuit, in New York.

In addition to his judicial work, Justice Garrett is an adjunct professor at the Willamette University College of Law. In 2017, he chaired the Regulatory Committee of the Oregon State Bar’s Futures Task Force.

Justice Garrett was born and raised in Portland. He received his B.A. from Reed College and his J.D. from the University of Chicago Law School.