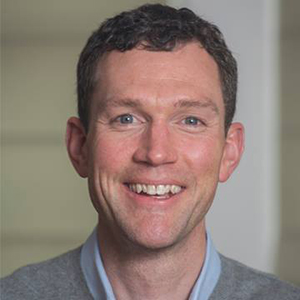 Senator Chris Hansen represents Senate District 31 in the Colorado State Senate. He specializes in energy sector economics and data analytics, with 20 years of experience in the global energy industry. He was formerly the Representative for House District 6 from 2017-2019, representing the east-central neighborhoods of Denver. He currently serves on the Senate Finance, and Senate State, Veterans, and Military Affairs committees. Throughout his tenure in the Colorado House of Representatives, Hansen served on the Capital Development, House Transportation & Energy, Appropriations, Agriculture, Livestock & Natural Resources, and Joint Budget committees, and as Chair on the House Appropriations Committee.

Prior to his work as an elected official, he served as Senior Director at IHS Markit where he led a global portfolio of energy products, events and partnerships. He is a co-creator of the OptGen analysis, IHS CERA’s unique tool for applying financial portfolio techniques to power generation. Before joining IHS Markit, Dr. Hansen was a Research Fellow at the Oxford Institute for Energy Studies, where he analyzed electricity and gas sector reform in India and published several papers in professional journals on energy sector economics and policy analysis.  Dr. Hansen holds a BSc in Nuclear Engineering from Kansas State University; a Graduate Diploma of Civil Engineering from the University of the Witwatersrand, South Africa; a Master of Science in Technology Policy from MIT; and a PhD in Economic Geography from Oxford University. In 2012, he was selected as a Marshall Memorial Fellow by the German Marshall Fund and in 2017 was selected as a Public Leadership Fellow at Harvard University by the Gates Family Foundation. In 2019, he was selected as one of fifteen leaders from across the country to join the NewDEAL (Developing Exceptional American Leaders), a selective national network of rising state and local elected officials.

In addition to his current role in the state senate, Hansen serves as the Co-Founder and Director of Programming at the Colorado Energy & Water Institute, and as Co-Founder of the Colorado Science and Engineering Policy Fellowship.

Problem  General obligation bonds are prohibited under the Colorado Constitution without voter pre-approval. As a result, capital financing has principally been done through tax or […]

Problem  Colorado must reduce greenhouse gas emissions from all sectors in order to meet science-based reduction goals, and the built environment produces a significant amount […]