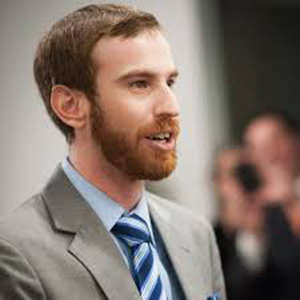 Dan Gilman was elected to the Pittsburgh City Council in 2013, focusing on creating a more accountable city government, embracing Pittsburgh’s technological renaissance in order to improve City services, and making Pittsburgh a more family-friendly and progressive city. He served from 2013 to 2017. Councilman Gilman’s efforts to ensure a fairer and more accountable City government included staffing the City’s previously-defunct Ethics Board, strengthening the City’s campaign finance laws, and creating an easily navigable web portal for City information, all aimed at developing a more transparent government.

Gilman pursued a more progressive and family-friendly Pittsburgh. He sponsored legislation to create safe spaces for nursing parents in city government buildings. He also passed legislation banning the harmful practice of conversion therapy for LGBTQIA+ minors in Pittsburgh and an ordinance to end the practice of inquiring into City of Pittsburgh job applicants’ salary history, which perpetuates the growing national wage gap for women and minority candidates, and encourage companies in the private sector to do the same. In addition, Gilman sponsored a City for All agenda, six pieces of legislation to enhance and expand City services for immigrants and refugees. Gilman has received many awards and accolades for his hard work. In addition to being selected for the NewDEAL, he was appointed as Vice Chair of the National League of Cities’ University Communities Council. He has also been recognized as one of Pittsburgh’s “40 Under 40” by Pittsburgh Magazine and Pittsburgh Urban Magnet Project, as well as one of Pittsburgh’s “50 Finest” by Whirl Magazine.

Problem Sudden cardiac arrest is the leading cause of death in the United States, killing 1,000 people per day. Data shows that the first minutes […]