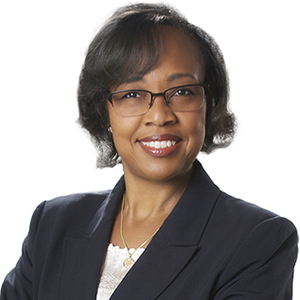 State Assemblymember Daniele Monroe-Moreno ran for office after living in her district for over two decades and seeing the need for criminal justice reform, affordable and accessible healthcare in Las Vegas, and advocacy on behalf of the state’s veterans. After being elected in 2016, Assemblywoman Monroe-Moreno has served on and led a number of committees, including the Legislative Committee on Child Welfare and the Committee on Government Affairs, Legislative Operations, and Elections.

The Assemblywoman has sponsored legislation that would expand access to healthcare in Nevada by authorizing healthcare providers licensed in any state to provide healthcare free of cost. She has also worked on legislation to address the effects of the opioid epidemic in her district. Based on her extensive experience as a corrections officer, Monroe-Moreno has been a passionate advocate for the banning of for-profit prisons in Nevada and introduced a bill that would give the prison system time to transition to an all-public prison model. She is a strong supporter of comprehensive criminal justice reform because she has seen that improvements must be made to the conditions of the prisoners and believes that for-profit prisons contribute to Nevada’s mass incarceration problem. Assemblymember Moreno also believes in supporting workers, and sponsored legislation that would make meals businesses provide for their employees not taxable. She is also the recipient of Emerge America’s 2017 Ambition to Action award.

Nevada’s AB-157 - introduced by Assemblywoman Monroe-Moreno - provides victims of false calls an avenue to pursue legal action against the callers.