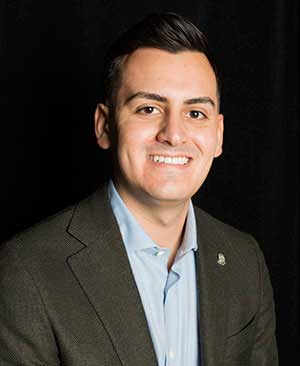 State Rep. Darrin Quiroz Camilleri is serving his third term representing Michigan’s 23rd District, which includes six communities in the Downriver suburbs of Detroit. At 24, he became the youngest Latino and first Maltese-American in Michigan’s history to serve in the State House. Currently, Rep. Camilleri serves as the Minority Whip and as the Minority Vice Chair of the Education Committee.

Rep. Camilleri is a first-generation college graduate and earned his degree from Kalamazoo College, where he also served as Student Body President. Prior to getting elected to the Legislature, he was a high school social studies teacher. He is now proud to serve as an advocate for students and teachers across Michigan and has been recognized for his work in addressing our state’s ongoing literacy crisis. In 2017, he was recognized as Progress Michigan’s Legislator of the Year and was honored as one of the “Twenty in their 20s” for Crain’s Detroit Business magazine.

As the son and grandson of UAW autoworkers, Rep. Camilleri is known for being a champion for working people across Michigan.

Library in Every School Plan

Problem Right now, Michigan is facing a literacy crisis. The MDE reported this week that around 55% of students entering the fourth grade are […]