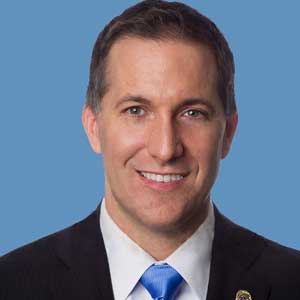 Elected State Attorney for Palm Beach County, Florida, in November 2012 and re-elected in 2016 and 2020 without opposition, Dave Aronberg leads an office of 120 prosecutors and 200 professional staff that reviews more than 66,000 criminal cases each year. As State Attorney, Dave has overseen a dramatic improvement in conviction rates; a reduction in the “direct filing” of juveniles into adult court; an expansion of drug court and veterans court, which emphasize rehabilitation over incarceration; and the creation of innovative diversion programs for first-time domestic violence and DUI offenders that have reduced recidivism rates and saved taxpayer dollars.  To combat fraud and abuse in the drug treatment industry, Dave created a first-of-its-kind “Sober Homes Task Force” in July 2016 that has made more than 100 arrests and led to a 40% drop in opioid overdose deaths in Palm Beach County in 2018.

Problem Too many veterans return home with health, substance abuse and/or psychosocial problems, making it difficult to re-enter the civilian population. A lack of jobs, […]

Problem The opioid crisis has been devastating to local, state and national communities. Unfortunately, many stakeholders operate in a vacuum, lacking communication and cooperation. Opportunities […]