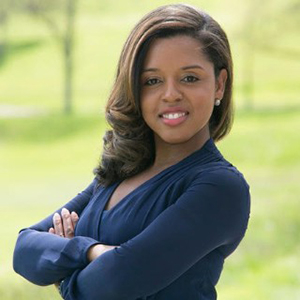 Dr. Applyrs currently serves as Albany’s Chief City Auditor. She was appointed by Mayor Kathy Sheehan to serve in this capacity on January 1, 2020.  Prior to her appointment as Chief City Auditor, Applyrs served on the Albany Common Council representing the City’s First Ward. She was elected in 2014 and re-elected in 2018. During her second term, she served as Chair of the Public Safety Committee.
Dr. Applyrs has earned a master’s degree and doctorate in public health from the University at Albany School of Public Health. She remains actively involved with her alma mater. Dr. Applyrs serves as Clinical Associate Professor in the Health Policy, Management, and Behavior Department and member of the Dean’s Advisory Council and Community Advisory Council. She also serves as the Subject Matter Expert for the School’s Center for Public Health Continuing Education and sits on the Albany County Board of Public Health.
Dr. Applyrs is highly engaged with the Albany community. She served as the Vice President for Community Health Initiatives with the Community Foundation for the Greater Capital Region and a former board member. She currently serves as board member for Eleanor’s Legacy, The Regional Food Bank of Northeastern NY,  Center for Women in Government and Civil Society, and the Capital District New Leaders Council.

Albany Chief Auditor Applyrs announced an audit of city practices from 2011 to 2021 to assess how institutional practices may have contributed to disproportionate impacts on employees, vendors, and residents of Albany, with the goal of developing reforms.