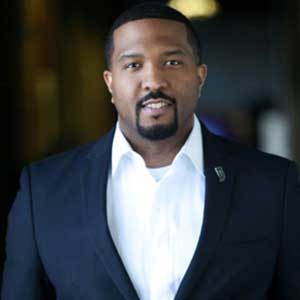 Eddie Melton was elected State Senator for Indiana’s 3rd District on November 8, 2016. Melton serves as the Ranking Minority Member of the Senate Education Committee and the Natural Resources Committee. Senator Melton is currently the youngest State Senator and has authored key pieces of legislation that has attracted national attention. In addition to serving in the Indiana General Assembly, Melton serves as the manager of Federal Government and Community Relations, for Northern Indiana Public Service Company (NIPSCO). In this position, he leads the corporation’s federal government relations, corporate citizenship strategies and charitable giving. Prior to joining NIPSCO, Melton worked as a grant officer for the Legacy Foundation, Lake County’s community foundation in Northwest Indiana. Melton has served as chairman of the Indiana Commission on the Social Status of Black Males, has served on the State Board of Education, representing the First Congressional District of Indiana and has also served as a national board member and Mid-west Regional Director for the American Association of Blacks in Energy (AABE).

In 2016, Melton was selected to participate in a fellowship in Israel for national African American leaders, sponsored by the American Israel Education Foundation (AIEF). Through this intensive educational experience, Melton explored critical foreign policy and national security issues affecting both Israel and the United States. Melton also served as a contributor to the national My Brother’s Keeper Initiative that was established by President Barack Obama. Through this initiative, he attended the White House on several occasions to assist communities across the country to establish programming that would help improve the quality of life for boys and young men of color. Melton has been recognized with multiple awards and accolades, such as; the top “20 under 40” young professionals in northwest Indiana by The NWI Times Media Company (2010) and is a (2012) South Shore Leadership Award winner. Melton served as the national spokesperson for Brother 2 Brother Magazine and is a frequent columnist for the Gary/Chicago Crusader newspaper and The NWI Times.

Melton attended Kentucky State University and received his B.S. in Organization Management from Calumet College of St. Joseph in Whiting, Indiana. He lives in Gary Indiana with his wife Crystal and their four children.