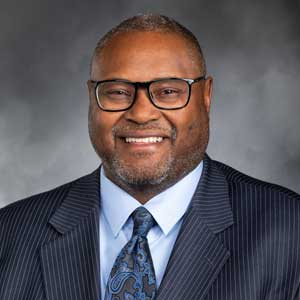 First elected to the House of Representatives in 2002, Eric has worked to promote economic development, create new affordable housing opportunities, and expand educational opportunities for every child in Washington- regardless of race or economic status. In 2010, Eric was chosen by his peers to serve as House Democratic Caucus Chair, a position he serves in today. The caucus chair is the third-ranking leadership position within the HDC, which makes Eric the highest-ranking African American in the Legislature.

Eric has a diverse background of work experience in all levels of government, the private sector, and the nonprofit sector. He served as Deputy Chief of Staff for Public Safety to former Seattle Mayor Norm Rice. He also worked as a recruiter to increase diversity in the UW School of Social Work. Likewise, he was the former director of the Minority Youth Health Project, which works to reduce teen pregnancy and sexually transmitted disease rates in Seattle. Eric currently works as Community Ambassador and Director of Suite Services for NHL Seattle.