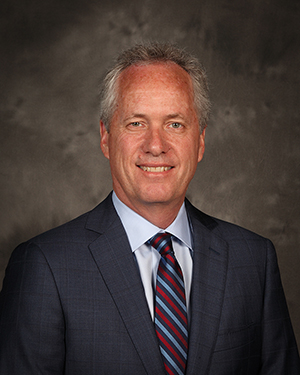 Greg Fischer was elected Louisville’s 50th mayor in 2010 — and was sworn in for a third four-year term on January 7, 2019. During Mayor Fischer’s tenure, Louisville has experienced a renaissance, adding 80,000 jobs and 2,700 new businesses. More than $13 billion dollars in capital construction is planned or underway, including 25 new hotels built to support the city’s thriving bourbon and local food tourism, also known as Bourbonism.

Louisville has been named an International Model City of Compassion four times and was a 2018 Top 15 city for attracting millennials.Governing Magazine named Mayor Fischer Public Official of the Year in 2013. A 2016 Politico survey named him as the most innovative mayor in America, and in 2017, Politico named him among its list of the nation’s most interesting mayors. Mayor Fischer has been elected by the mayors of America to be president of the U.S. Conference of Mayors in 2020.

Louisville Mayor Greg Fischer announced steps to develop a Commission on Gender Equity. A task force will conduct community outreach to help structure a commission that will work to break down barriers that continue to limit opportunities for women in the community.

Problem Every ninety days, there are about one hundred unfilled junior software development opportunities open in the greater Louisville area, and those numbers are growing […]

Problem All too often, people make decisions about their education or careers with little or no labor market information. People decide on careers without knowing […]

Problem Today, Louisville has about 79 percent of the tech jobs it should have for a city of its size, and the economy of the […]