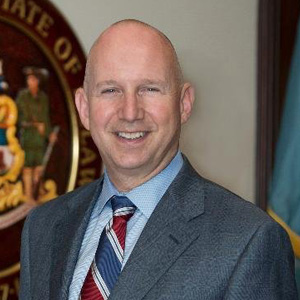 Jack Markell was sworn in as Delaware’s Governor on January 19, 2009, and was sworn in for his second term on January 15, 2013. Her served as Governor until 2017. During his term, Markell focused on growing the economy, creating jobs, strengthening schools and protecting taxpayers. He made education a top priority, with Delaware winning President Obama’s Race to the Top competition to improve public schools, while also dramatically increasing access to quality early childhood programs. While the state was been recognized for job creation, Markell also focused on running state government efficiently and effectively, keeping the state’s AAA bond rating while reforming Delaware’s health and pension systems to make them more sustainable over time.

Markell also chaired the National Governors Association and Democratic Governors Association. He previously served as state treasurer for three consecutive terms, where he worked to improve the lives of Delawareans through innovative programs aimed at cutting spending and improving fiscal responsibility.

Markell began his career in the private sector helping lead the wireless technology revolution as the 13th employee at Nextel, where he served as senior vice president for corporate development. His other business experience includes a senior management position at Comcast Corporation, work as a consultant with McKinsey and Company and as a banker at First Chicago Corporation.