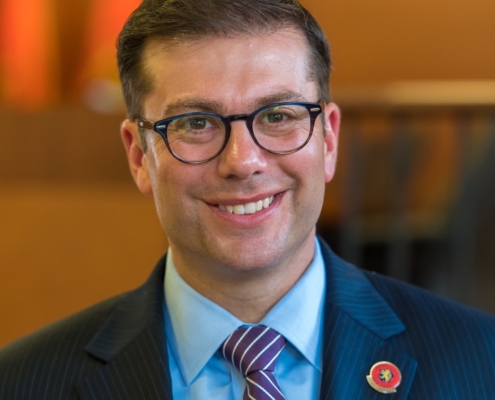 As Comptroller, Jack has brought a new energy to his position as the County’s Chief Financial Officer. He has increased transparency through innovative approaches such as Open Checkbook and the Comptroller’s Scorecard on the Open Nassau Transparency Hub, launched audits that have achieved results, and strengthened oversight of the County’s finances and contracting processes.

His administration launched a Policy and Research Unit focused on data-driven reports, fact sheets, and analysis to help inform the policy-making process, highlighting critical demographic trends, Black Economic Equity, veterans data, women entrepreneurship, food insecurity, the 2020 Census, and how the County can retain and meet the demands of the next generation. The Comptroller’s office has forged new partnerships with leaders in the nonprofit, MWBE, and tech communities, advocating for local businesses and pushing to grow our economy.

Prior to being elected Comptroller, Jack served as Long Beach City Manager. He helped put the City on the road to recovery from the brink of bankruptcy and the devastation from Superstorm Sandy. On Jack’s watch, Long Beach’s bond rating was upgraded twice and received nine consecutive credit positive reviews.

He previously served as the Town of Brookhaven’s Chief Deputy Town Supervisor, helping stop the abuse of taxpayer dollars on no-bid contracts, patronage, and scandals, with the help of data-driven government.

Jack lives in Long Beach with his wife, Joan, and children, Sage and Oz, and earned a Master’s Degree in Public Policy from the Harvard University John F. Kennedy School of Government.

Problem Under previous administrations, Nassau County received a D+ grade in transparency in the face of multiple corruption scandals. In 2018, Jack Schnirman was elected […]

Problem Minority communities experience inequities in entrepreneurship, educational attainment, employment, income, homeownership, and access to credit. However, policymakers lack understanding of the scope of the […]