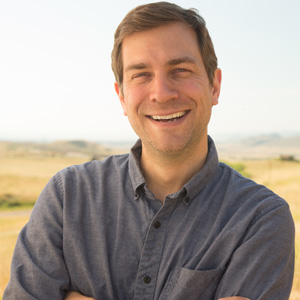 Jeff Bridges was recently appointed to the Colorado State Senate. Previously, as a member of the Colorado State House, Jeff Bridges represents the same part of town where he coached a swim team, worked a high school job at Laser Storm, and attended public school K-12. His constituents include former teachers and doctors, friends from high school, and even his parents. In his first session in the State House, Bridges passed bipartisan legislation to improve the lives of everyday Coloradans by shortening wait times at the DMV, protecting free speech on college campuses, and welcoming the regulated testing of autonomous vehicles—or as the Drudge Report calls them, “headless Ubers.”

In a chamber full of lawyers, Jeff Bridges is the only Colorado State Representative with a Master of Divinity degree. Before running for office Bridges put that degree to work as the head of public affairs at Union Theological Seminary, where he helped keep a Hobby Lobby-style religious exemption out of an executive order that banned LGBT discrimination. As an aide to Colorado’s own Ken Salazar in the US Senate, Bridges received a letter from a constituent whose friend had been killed by an IED. In response, Bridges built a bipartisan coalition to save a program that’s still protecting the lives of our military men and women overseas. Bridges met his brilliant wife AnnMarie at Harvard’s admitted students day when she spotted his cowboy boots from across the room.

A Wide Road and Sturdy Guardrails for Driverless Cars

Problem Driverless cars have the potential to reduce traffic fatalities by up to 90%. They will provide affordable, on-demand transportation for those with disabilities, our […]