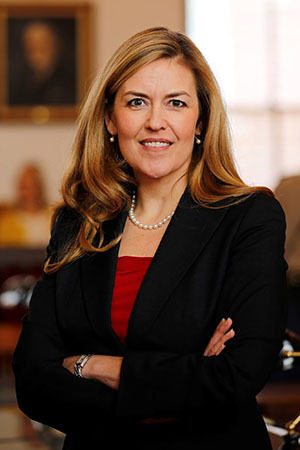 Jennifer Wexton was elected to serve as a U.S. Congresswoman for Virginia’s 10th district in 2018. Before that, Jennifer Wexton served as a representative from 2014 to 2019. She has been serving the people of Northern Virginia for nearly two decades as a prosecutor, advocate, state senator, and now a member of the US House of Representatives from Virginia’s 10th District.
In her five years in the state Senate, Jennifer passed over 40 pieces of legislation despite serving in the minority. She found bipartisan support for legislation that makes our children safer, combats the heroin and opioid epidemic, increases access to affordable healthcare, prepares our children for jobs of the future, eases traffic congestion, and brings more business to Northern Virginia.

In April 2017, Jennifer decided to take her passion for protecting others to the national level and announced her run for Virginia’s 10th Congressional District. A popular legislator from the heart of the district, Jennifer won a six-way primary by nearly 20 points, and in November, she won her general election by over 12 points.