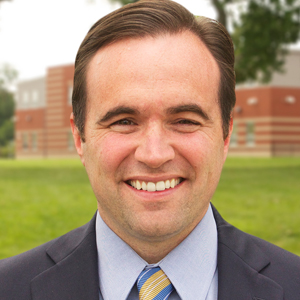 Growing up in a family filled with people who dedicated their lives to public service, Mayor John Cranley learned at an early age that putting the needs of others ahead of your own is how you lead a meaningful life. He learned to value social justice and care for those who are in need. Those are the values that John and his wife Dena are passing on to their son Joseph, and those are the values that guide John as mayor.

Mayor Cranley took office in December 2013 until January 2022. The Mayor placed a renewed focus on building vibrant, thriving neighborhoods by getting the basics right and making strategic investments to spur growth. Mayor Cranley implemented a multi-year plan to dramatically increase the miles of city roads that are paved and repaired annually, expanded the City’s efforts to crack down on absentee landlords and reduce blight, and invested in economic development deals throughout the city.

Mayor Cranley has led efforts to invest in job training, make the City more inclusive, and reduce poverty all while getting the City’s credit upgraded, wiping out the $800 million unfunded liability that the City’s pension system was facing, and adding over 100 cops to the police force.

Prior to taking office, Mayor Cranley co-founded the Ohio Innocence Project, an organization that has exonerated and freed 23 wrongfully convicted people through the use of DNA technology. He also worked as a real estate developer and attorney.

Problem The 2021 Intergovernmental Panel on Climate Change report states that greenhouse gas concentrations are driving profound change to the Earth System, including global warming, rising sea levels, and an increase in climate and weather extremes. As a result, the City of Cincinnati is actively working to dramatically reduce its […]