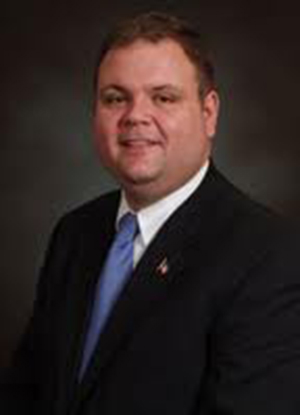 John Unger was elected to the West Virginia State Senate in 1998 as one of the state’s youngest senators in history and became Senate Majority Leader in 2011.  In the Senate, John has sponsored groundbreaking legislation that has expanded broadband internet, enabled local communities to address transportation needs, and created the State Division of Energy.  Prior to serving in elected office, John worked on a number of economic development initiatives as Vice President of Van Wyk Enterprises, founder of the Employment and Training Search Program, as well as the founder and former president of the West Virginia International Trade Development Council.

John has also led a distinguished career in the non-profit sector.  Taking a leave of absence from college, he worked with Mother Teresa in Calcutta coordinating the distribution of relief supplies.  He also served as a member of the International Rescue Committee providing relief for Kurdish refugees following the Persian Gulf War and was instrumental in establishing the Hong Kong Human Rights Monitor.  From April to July 2003, John served as the Director of Communications for Save the Children International in Iraq, where he helped coordinate humanitarian relief, recovery and reconstruction operations and information management.  He currently serves as Vicar/Pastor of St. John Lutheran Church in Harpers Ferry, WV.

Problem Across the country, counties are losing millions of acres of farmland to urban sprawl each year, resulting in limited crop production and diminished economic […]

Problem Spills or leaks from aboveground storage tanks can contaminate local water sources, hurting local economies and communities as they must redirect funds to address […]

Problem More than 1 in 5 West Virginia children live in a household that does not have sufficient access to food. Food insecurity in children […]