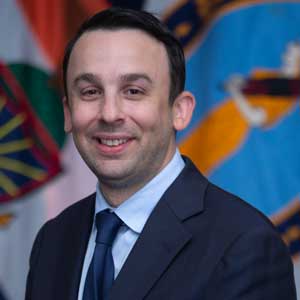 In his time in office, Council Member Powers has introduced and passed legislation to make it easier to run for office, prevent tenants from unlawful eviction, broaden sexual harassment protections, and protect small businesses.

As Chair of the Criminal Justice Committee, Council Member Powers worked to overhaul the criminal justice system and change the culture in our City’s jails. He played a key role in stewarding the vote to close Rikers Island and has passed legislation to eliminate bail fees.

Council Member Powers has focused on affordable housing, including negotiating a historic housing deal between Waterside Plaza and NYC’s Department of Housing Preservation and Development (HPD) to preserve affordable units at Waterside Plaza through the year 2098. In addition, he joined his colleagues in securing the passage of the East Side Coastal Resiliency Project, which will protect miles of Manhattan’s waterfront from coastal flooding. Council Member Powers also led the way to the implementation of the 14th Street busway, the pedestrianization pilot of Rockefeller Center, and continues to be an advocate for improving the city’s transportation network.

Keith graduated from the University of Dayton and The CUNY Graduate Center. He is a lifelong New Yorker and third-generation resident in Peter Cooper Village and Stuyvesant Town.