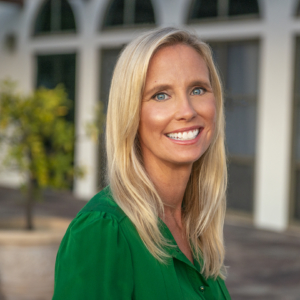 Laura Capps is the President of the Board of Education for Santa Barbara Unified School District, and a proud graduate of Santa Barbara public schools.  During her first term she led the charge to transition the 21 school district to renewable energy, provided accountability and oversight, successfully recruited a new Superintendent and been a voice for the community by putting the needs of students first.

Laura has devoted her career to public service, serving as a White House speechwriter for President Clinton, a communications director on John Kerry’s presidential campaign, an advisor in the United States Senate to Senator Edward Kennedy, part of Al Gore’s climate change campaign, and Senior Vice President at Ocean Conservancy.  In addition to her service with the Santa Barbara Unified Board of Education, Laura manages her own public affairs practice collaborating with non-profit organizations on issues of climate, poverty, immigration, and childhood hunger.   Active in the community, Laura has served as president of the Community Environmental Council, board member of the Planned Parenthood Action Fund, Chair of the Santa Barbara County Commission for Women and for several terms on the Board of Trustees for her alma mater, University of California, Berkeley. She has taught college courses on Congress and politics at the University of California Washington Center and holds a Masters in History with Distinction from the London School of Economics.

Schools as Centers of Sustainability

Problem As public institutions, our school facilities are generally not on the forefront of design innovation. With twenty-one schools, the district I represent is one of the biggest property owners in the region, yet completely reliant on fossil fuels. For example, not one of them is powered by solar […]