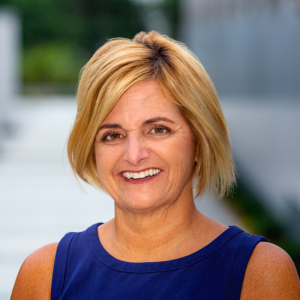 Loranne Ausley was elected to the Florida House of Representatives in 2016 where she serves on the Commerce and Ways and Means Committees, as well as subcommittees on environment, agriculture and regulated industries. Loranne previously represented Florida’s Capital City in the same seat from 2000-2008 before retiring due to term limits. Ausley is also an attorney with Hollimon PA – a small Tallahassee firm. During her time in the Florida House, Loranne has established herself as an independent-minded leader unafraid to take on tough problems and find real solutions. Loranne is a sixth-generation Floridian who has held senior positions in federal and state government, working closely with some of Florida’s most respected leaders including Bob Graham, and Lawton Chiles. Loranne is active in a number of local, state and national organizations. She was instrumental in creating Whole Child Leon, a community-based initiative focused on young children and their families. Loranne graduated from Randolph-Macon Woman’s College with degrees in Economics and Politics, and earned her J.D. from the Washington & Lee University School of Law in Lexington, Virginia. She lives in Tallahassee, Florida with her husband Bill Hollimon and son, Will, age 14. Loranne is a runner and triathlete, and a two-time Ironman finisher (Chattanooga, 2016; Florida 2007).

Problem We know that 90% of brain development takes place before the age of 5, yet community support for families with young children is sporadic and fragmented. Although Leon County houses the Capitol of Florida, 2 major research universities and a community college, more than 25% of Leon County children […]

Safety for deaf/hard of hearing drivers and law enforcement officers

Problem We know that the starting line isn’t the same for everyone. The bottom line is that place matters as to how well we live, and how well our children live. Poverty and place are inextricably connected – children who grow up in poverty have different outcomes than those who […]

Problem 1 in 5 children aged 0-18 has a diagnosable mental disorder. 1 in 10 youth has a serious mental health problem that is severe enough to impair their function at home, in school, or in the community. Stress experienced by children exposed to hurricanes and other natural disasters can […]