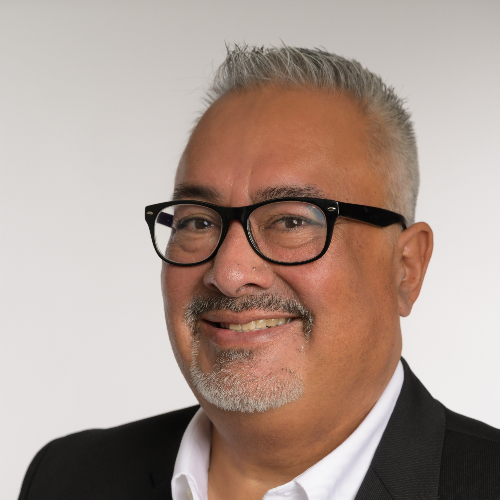 Lorenzo Sierra is among a new class of Latino leaders in Arizona – proud of his deep roots in the state and focused on building a brighter future for those he serves in the communities of Avondale, Tolleson, and southwest Phoenix. A member of Arizona’s House of Representatives, Lorenzo is a recognized problem solver and innovative thinker, dedicated to strengthening a diverse, educated, economically robust, and vibrant state. His was a key Ways and Means committee vote leading to a more than $10 billion expansion of Arizona’s tech economy. Lorenzo championed efforts leading to a $45 million investment into high-quality preschool programming for low-income families.

Lorenzo draws from his personal story in identifying with the needs of those he serves. The son of a Vietnam veteran and copper miner, he was the first of his family to make it to – and through – college. He worked his way into corporate communications, earning an award-winning career in Fortune 100 companies before becoming elected to the Avondale City Council. As a council member, he led the efforts culminating in Avondale being named an “All America City” and also being named the top economic development city by the Maricopa Association of Governments.

In 2020, Lorenzo almost died from COVID-19, requiring four days on a ventilator and a week in the ICU. This only strengthened his resolve to improve access to healthcare for all. He fought to bring the first COVID-19 testing site into his district, and vaccines into local neighborhoods.

Having experienced the American Dream firsthand, Lorenzo is determined to give back. Investing in education, creating good jobs, and building thriving communities are the cornerstone of his service, delivering on the promise of the American Dream for those he serves.