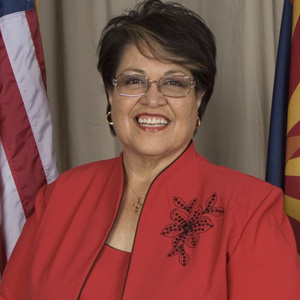 Marie Lopez Rogers served as Mayor of Avondale from 2006 to 2013. She served on the council for a decade before becoming mayor in 2006. As mayor, she worked in a new city hall built on the very fields where, as a child, she had once picked cotton. In 2013, she served as the first Latina president of the National League of Cities.