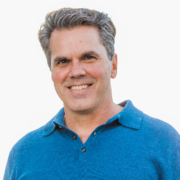 Mark is Google Fiber’s General Manager for Expansion Operations. Previously, he represented the north Austin area in the Texas House of Representatives. Mark received Honorable Mentions on Texas Monthly’s Ten Best Legislators list in three of his five sessions in the House. Texas Monthly said, “Strama cares as much about others’ success as his own.”

Prior to running for public office, Mark founded the first company to enable Americans to fill out a voter registration form on the Internet – 700,000 people used this technology to register to vote in the 2000 election cycle. Earlier, Mark was Director of Programs at Rock the Vote, a non-partisan organization that works with MTV and the music industry to engage young people in the political process. He previously worked for former Texas Governor Ann Richards and Texas State Senator Rodney Ellis.

Mark graduated from Brown University with degrees in philosophy and political science. He is married to Crystal Cotti, a former Austin City Hall reporter who now teaches at Dobie Middle School. They have three daughters.