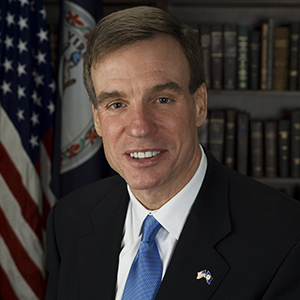 Mark Warner was elected to the U.S. Senate in November 2008, and reelected in 2014. In his first term in the Senate, Senator Warner established himself as a national leader in efforts to find bipartisan consensus to create balanced solutions to reduce the federal debt and deficit. He also is a leader in Congress in efforts to promote private-sector innovation and to help our nation’s small businesses and start-up companies succeed. From 2002 to 2006, Senator Warner served as Governor of Virginia, where he worked in a bipartisan way to turn record budget deficits into a surplus. Governor Warner also focused on improving public education and expanding economic opportunity in every region of the state. Before entering public office, Senator Warner was an early investor in the cellular telephone business. He co-founded the company that became Nextel, and ultimately made early investments in hundreds of start-up technology companies that have created tens-of-thousands of private sector jobs.