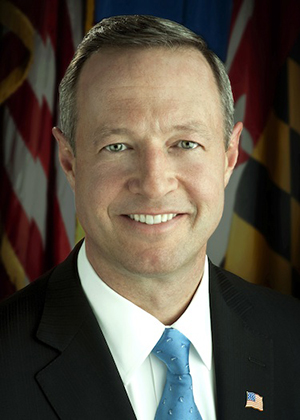 As a member of the Baltimore City Council and then Mayor of Baltimore City, Martin O’Malley helped bring communities together to build a safer, cleaner and healthier city. He worked to harness the power of information technology to manage the complexities of modern urban government through a data tracking tool called CitiStat, which saved Baltimore residents an estimated $350 million over his seven years in office. In 2004, O’Malley’s CitiStat accountability tool won Harvard University’s Innovations in American Government award.

As Governor, Martin O’Malley worked to create the conditions for economic growth in Maryland by making tough choices to cut state spending by $5.6 billion, reducing the size of government to a forty year low, and restoring fiscal responsibility. As Chair of the DGA, Governor O’Malley also helped his fellow Governors lead the way to restore our economy, by expanding access to capital for small businesses, strengthening our workforce, and spurring job creation with strategic investments to support the private sector.