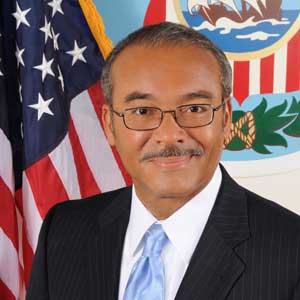 Since taking office in 2000, Mayor Michael Coleman has built Columbus’ reputation as one of the best cities in the nation by building stronger, safer neighborhoods and creating jobs by maintaining a high quality of life.

Under Mayor Coleman’s leadership, the City of Columbus has become one of the fastest growing cities in the Midwest, leveraging incentives to create and retain more than 92,000 jobs and bring more than $6.4 billion in private investment.

Mayor Coleman has a proven record of reforming government. By taking steps that will save more than $200 million over 10 years through measures such as increasing the use of technology and making the city more energy efficient, Columbus is the only large city in the nation to maintain a Triple-A credit rating from all three major rating agencies.

Through aggressive sustainability policies, Mayor Coleman has also earned Columbus a reputation as one of the greenest cities in the nation. To help encourage private businesses to build green, Columbus launched the Green Columbus Fund, a grant program to incentivize green buildings and the cleanup of polluted sites.

Among his many distinctions, Mayor Coleman is a founding member of the board of Columbus 2020, which has set a goal of 150,000 new jobs and a 30 percent increase in per capita income by 2020.