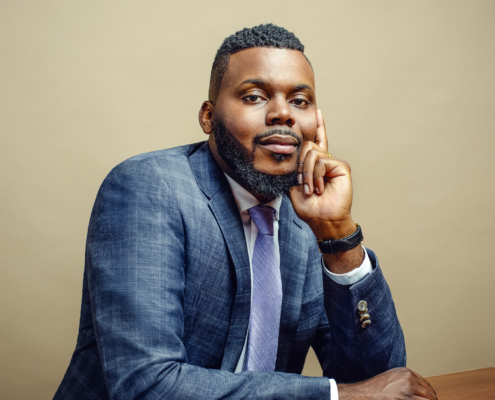 On November 8, 2016, Michael Tubbs was elected to serve as the mayor of his hometown – Stockton, California. Upon taking office in January 2017, Mayor Tubbs became Stockton’s first African-American Mayor and the youngest mayor of any major city in America. Mayor Tubbs’ leadership paired with an ambitious progressive agenda has received national recognition. He has been recognized as one of Politico’s Top 50, Fortune’s 2018 Top “40 under 40,” Forbes’ 2018 list of the “30 Under 30”, and received the John F. Kennedy New Frontier Award in 2019. In his first year, Mayor Tubbs secured $20 million to launch Stockton Scholars, a place-based scholarship that aims to dramatically increase the number of Stockton students entering and graduating from college. Mayor Tubbs also brought Advance Peace to Stockton, a data-driven program that works to reduce gun violence in communities. With an innovative public-private partnership supported by a $1 million grant, Tubbs launched the nation’s first-ever mayor-led guaranteed income pilot known as Stockton Economic Empowerment Demonstration (SEED). Based on the success of SEED, Tubbs’ latest initiative is Mayors for a Guaranteed Income (MGI). MGI is a coalition of mayors advocating for a guaranteed income to ensure that all Americans have an income floor. Under his leadership Stockton has been named an All-America City three times,  in 2018 was named the second most fiscally healthy city in the country, and homicides have been reduced by 40%.

Before becoming mayor, Michael Tubbs earned a B.A. in Comparative Studies in Race & Ethnicity and an M.A. in Policy, Leadership & Organization studies from Stanford University with honors. He started his political career at age 22 when he was elected to serve as Stockton’s District 6 City Councilmember in 2012. While holding this position he founded the Reinvent South Stockton Coalition, a private-public-non-profit that aims to empower South Stockton residents to help eradicate cycles of intergenerational poverty. He was also a part of the council that led the city out of bankruptcy as Chair of the Audit and Legislative Committee. As a result of his dedication to innovative solutions to real problems, Tubbs has been a Fellow Hasso Plattner Institute of Design, known as the d.school, at Stanford, the Emerson Collective and MIT Media Lab. Mayor Tubbs is married to his Partner Anna Nti-Asare-Tubbs and is a proud new father as of 2019.