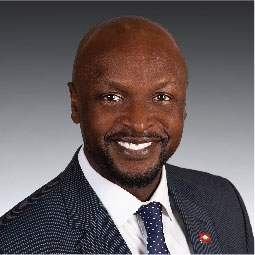 Monte Hodges was first elected to the Arkansas State Legislature in 2012 and is currently serving in his fourth term. He served as the Assistant Speaker Pro Tempore for caucus district 1 and was one of 25 minority elected officials selected from the south to participate in The Roundtable of the South in Washington DC — an effort sponsored by the Joint Center for Political and Economic Studies.

For the 92nd General Assembly, Rep. Hodges serves as vice-chair of the Peer Review Subcommittee for the Joint Budget Committee. He also serves on the House Revenue and Taxation Committee, the Joint Committee on Public Retirement & Social Security Programs, and the House City, County & Local Affairs Committee. He was previously named Outstanding Citizen of the Year by the Blytheville Chamber of Commerce and Outstanding Alumni by Arkansas Northeastern College.