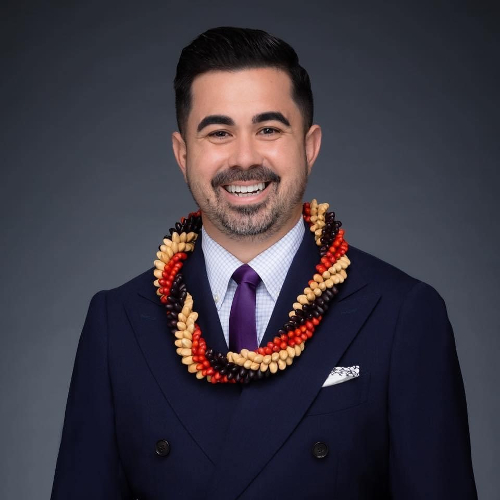 After defending U.S. values across the globe as a U.S. Diplomat, Patrick Pihana Branco proudly represents House District 50 (Kailua & Kāne‘ohe Bay). Branco graduated from the Kamehameha Schools and received a full scholarship to Hawai’i Pacific University, where he served as Student Body President. After graduating, he earned a Congressman Charles B. Rangel International Affairs Fellowship to fully fund his master’s degree in international relations from John’s Hopkins School of Advanced International Studies (SAIS) in Washington, D.C.

Drawn to public service, Patrick joined the U.S. Foreign Service as a Diplomat in 2012. Around the world, Patrick dedicated himself to promoting the values he grew up within Kailua: equality, freedom of speech, and religious freedom. He served tours in Colombia, Pakistan, the Office of the Special Representative for Afghanistan and Pakistan, the Secretary of State’s Operations Center, and Venezuela.

In some of the world’s most unstable areas, Patrick promoted security, free speech, and economic development. He brought people together in defense of democracy, human rights, and equality. Branco has done the same in the State Legislature, building coalitions as he advocates for his community in Kailua and Kāne‘ohe Bay. He serves as the Vice-Chair for the influential Water & Land committee and in his freshmen year successfully passed legislation prohibiting the possession of ghost guns as well as legislation preserving Hawai’i’s precious environment.