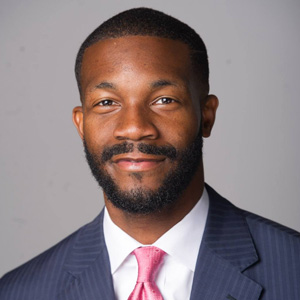 Randall L. Woodfin was sworn in as the 30th mayor of Birmingham, Alabama on Nov. 28, 2017. A native of Birmingham and graduate of Cumberland School of Law, Mayor Woodfin is an attorney and former president of the Birmingham Board of Education. Throughout his career, he has worked in various positions for the City of Birmingham, which is why he’s committed to bringing a new vision, a new dedication and a new energy to a city where he wants citizens to have every opportunity to work, play and grow to their fullest potential.

He recently announced a crime-fighting plan to put more police officers on the streets; implemented a customer service program to improve relations with the public and boost employee morale; increased the city’s messages through various media and social media platforms; and hired a team of talented people to focus on workforce development, small business growth and civic innovation. One part of his vision is that, by 2020, have Birmingham be seen as the destination for women and minorities to launch their business because they know that the city’s ecosystem is built for them to thrive. Birmingham is and has always been a city for builders, from steel mills to startups. Mayor Woodfin is working to put Birmingham in a position to be a magnet for the next generation of purpose-driven builders interested in spurring innovation and catalyzing entrepreneurship and with the community as they soar to success.

Problem Black-owned small businesses lack sufficient resources to create and operate a digital presence and platform, which leaves these businesses to operate exclusively by cash […]