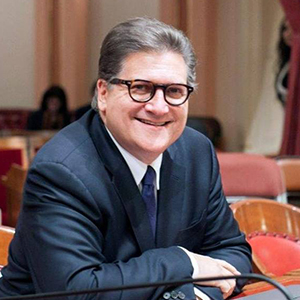 Senator Robert Hertzberg represents nearly 1 million San Fernando Valley residents. After serving in the Assembly from 1996-2002, including two years as Speaker, Hertzberg built an international renewable energy business; invested in solar, wind and electric-car projects; did government work for Mayer Brown LLP, one of the world’s largest law firms; and worked for structural changes in government through two civic groups: California Forward and the Think Long Committee of California.

Problem States across the Western region vary in their access to and use of renewable energy sources. Many states continue to rely heavily on fossil […]

Problem Filing taxes can be a challenging, complicated process. It is even more frustrating for individuals, who, through no fault of their own, fall victim […]

Problem During the past 60 years, California has moved from an agriculture and manufacturing-based economy to a services-based economy. As a result, state tax revenues […]