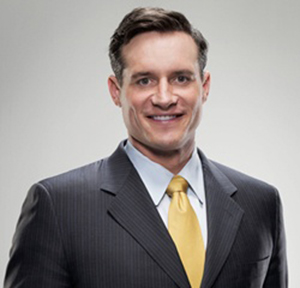 Miller earned his undergraduate degree at Stanford University, during which time he worked as an intern for President Bill Clinton. He later received dual advanced degrees in Law and a master’s in business administration from Loyola Marymount University. Miller became a deputy district attorney in Clark County, Nevada.

Mr. Miller currently serves as vice president and general counsel for Fine Entertainment Management, the parent company of a portfolio of business interests that includes restaurants and bars, home and business security systems, marketing and advertising, and software development.

Born in Las Vegas and raised in Carson City, Ross is the son of former Nevada Governor Bob Miller and First Lady Sandy Miller. Ross met his wife Lesley when they were both law students at Loyola Marymount. Ross and Lesley have two daughters, Cameron, 8, Geneva, 6, and son Reece, 4.

Problem Entrepreneurs often face several challenges in getting their businesses off the ground because of high legal fees associated with making sure they meet legal formation requirements. Because of this financial burden, they may go without the legal and governance structure required to ensure the long-term success of their businesses. […]