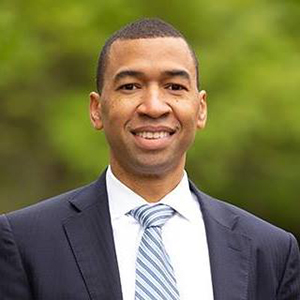 Steven L. Reed was elected as the Probate Judge of Montgomery County, Alabama in November 2012. He is the first African-American and youngest person elected to the county’s highest elected office.

Steven L. Reed is a co-founder of the Healthy Minds Network, a public private partnership, which aims to improve outcomes of those impacted by mental illness. A graduate of Leadership Alabama he sits on the board of Trustmark Bank, the River Region United Way, and the Metro YMCA.  He represents the state of Alabama on the United States Election Assistance Commission and also serves on the United States Department of Homeland Security’s Government Coordinating Council Election Integrity Commission.

Steven Reed has appeared in several national and international media outlets such as: “This Week” with George Stephanopoulos, “German Television,” the Washington Post, NPR, and The New York Times.

On October 8, 2019, Steven L. Reed was elected as Montgomery, Alabama’s first African American mayor in the city’s 200 year history.  He has since appeared on CNN, MSNBC, and Politics Nation with Al Sharpton as a result of his historic win.  On Tuesday, November 12, 2019, he was sworn in as the city’s 57th mayor.

Mayor Steven L. Reed and his wife Tamika are the proud parents of three children.

Problem Many public school students are not receiving adequate skills training to compete in the 21st century tech economy. Solution The city is partnering with […]