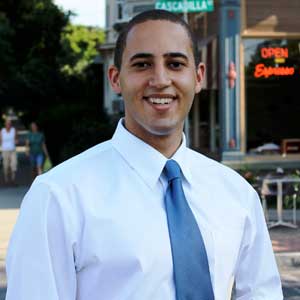 Svante Myrick was sworn into office and became the City of Ithaca’s youngest Mayor and first Mayor of color on January 1, 2012. A self-described “pragmatic progressive,” Svante has been active in reorganizing the police force, restructuring city government and attracting $200 million in new development to the city, including a multimillion-dollar overhaul of its central commons.

Prior to becoming Mayor, Svante served on the City Council for 4 years. As a passionate youth advocate, he also chaired the committee that created the Ithaca Youth Council and the Collegetown Vision Implementation Committee, which led to the creation and endorsement of a master plan for promoting development while still preserving neighborhoods in Collegetown. Svante also served as the Assistant Director of Student and Young Alumni Programs for Cornell University before resigning his position to run for Mayor.