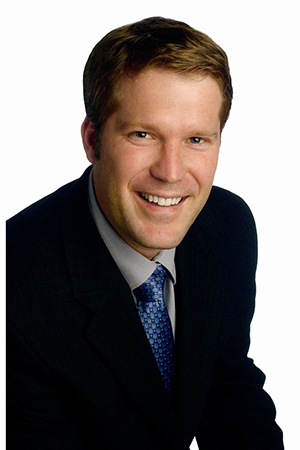 Tim Keller was elected New Mexico State Auditor in 2014. From 2009 to 2014, he served in New Mexico’s State Senate. As a Senator, Tim introduced over 100 measures and successfully passed 30 pieces of legislation. Some of his most significant passed legislation includes a 40% solar tax credit, the ability for communities to use their school facilities 24/7, and sweeping reform of the State Investment Council along with one billion dollars of tax incentives to improve accountability, transparency, and effectiveness.

Before serving in the legislature, Tim co-founded a social enterprise, Data Digital Divide (DDD), which extends help to land mine victims and other disadvantaged people in Cambodia. DDD has over 500 employees and was ranked by Fast Company magazine as a Top Innovator as well as being profiled in the best-selling book The World Is Flat by Tom Friedman.

Problem As traditional funding from the federal government has become increasingly uncertain, state and local governments are struggling to invest in the roads, power grids, and other kinds of infrastructure that we need to ‘build for the future’ in the changing economy. Without a standard set of rules around private […]

Problem In most states and at the federal level tax expenditures (incentives, dedications, exemptions, loopholes etc.) that have not been recently analyzed and updated are draining resources from government budgets. In NM for example, these tax breaks have cost $1 billion of taxpayer money and have not significantly increased job […]

Money on the Sidelines

Problem Each year the New Mexico State Legislature appropriates hundreds of millions of dollars in funds to the Executive Branch for various projects across the state. Yet many times these projects will go years without being completed, if ever. Solution As State Auditor, Tim Keller implemented “Money on the Sidelines”, […]

Buy Local: How Government Spending Can Create Jobs and Support the Economy

Problem In New Mexico alone, over $2 billion in government procurement dollars trickled to out-of-state companies in two years. This problem is replicated in varying degrees all across the nation. Even when local firms are ready and willing to bid on government contracts, loopholes in the procurement code can encourage […]