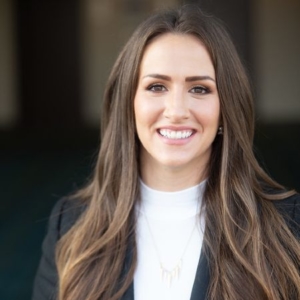 Councilmember Ashley Vanorny became the second youngest Councilmember to serve Iowa’s second largest city, Cedar Rapids in 2017. Currently is serving in her second term and serves on the Development Committee, Public Safety and Youth Services Committee, Safe, Equitable, and Thriving (S.E.T.) Grant Committee, Area Ambulance Board of Directors, and is a Corridor Municipal Policy Organization member. She is very active in the Iowa League of Cities, having completed the Municipal Leadership Academy and received her Certified Elected Municipal Official designation in 2020. In 2022, Councilmember Vanorny was elected as the first woman from Cedar Rapids, first woman in 12 years and one of the youngest ever to become President-elect for the Iowa League of Cities Executive Board.

Ms. Vanorny graduated from Kirkwood Community College (2012) with an A.S., having studied Criminal Justice. From the University of Iowa she earned a B.S. in Psychology (2014) with an emphasis on Neuroscience and a B.A. in Political Science (2014) with an emphasis in International Relations and American Institutions. She completed her Master’s Degree in Healthcare Administration (MHA) from Des Moines University in 2021 and currently serves professionally in Healthcare Administration.

Councilmember Vanorny is a very active volunteer and currently serves on the Linn County Foster Care Review Board, the Linn County League of Women Voters Board, and as an Education Vice President Advisor to Rho Chapter of Gamma Phi Beta. Councilmember Vanorny is a 2018 cohort of the New Leaders Council-Des Moines Chapter, is in the Young Elected Officials Network serving as a Regional Director, and is an alum of the American Council of Young Political Leaders (North Macedonia, 2022). Councilmember Vanorny serves on the Community and Economic Development Committee and as a Race, Equity, and Leadership (R.E.A.L) Council Member with the National League of Cities. In 2020 she was recognized as 35 Under 35 by the Young Elected Officials Network, and was recognized by the Corridor Business Journal as Forty Under 40.