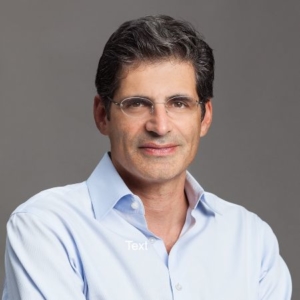 Senator Josh Becker is a public policy innovator working at the nexus of community activism, technology and social justice. Elected to the State Senate in November 2020, Senator Becker represents the residents of California’s 13th Senate District, which comprises most of San Mateo County and the northern part of Santa Clara County.

He is the author of several bills focused on accelerating California’s transition to 100% clean energy and net zero emissions, voter access and justice reforms, and leveraging technology to provide greater economic mobility for all Californians.

Josh’s commitment to service crystalized when he traveled to war-torn Guatemala to work with refugees in the early ’90s and later started a basic school for repatriated refugees in El Salvador.

In 2000, Josh created Full Circle, a community leadership and policy innovation organization that funds nonprofits creating positive change in the Bay Area and building civic leaders for the future. He has been the driving force for Full Circle, which has supported policy innovations and community organizations in economic opportunity, education, environmental sustainability and health.

Appointed by Governor Jerry Brown, Josh served seven years on the California State Workforce Development Board, and he served on the Child Care Partnership Council in San Mateo County. Josh also is a founding trustee at the University of California Merced.

Josh has long been a champion in pushing businesses to create social good. After losing his father to brain cancer, Josh helped start a biotech company researching cancer cures. Uniting entrepreneurial expertise with his passion for social change, Josh cofounded New Cycle Capital, a pioneer in building socially responsible businesses. In 2011, Josh joined Lex Machina, which has a mission of bringing openness and transparency to the law. As CEO, he grew the company from a Stanford University public interest project into a nationally recognized platform. Most recently he founded a legal tech accelerator to support entrepreneurs who want to innovate in our legal and public policy system.

Josh earned a JD/MBA from Stanford University in 1999. While a student, Josh cofounded the Stanford Board Fellows program, which trains students to serve on the boards of local nonprofits, engaging them in social progress at the beginning of their careers, rather than the end.

Josh is a 20-year resident of Menlo Park, where he lives with his wife, Jonna, their two children, Leo and Aaron, and the family dog, Percy.