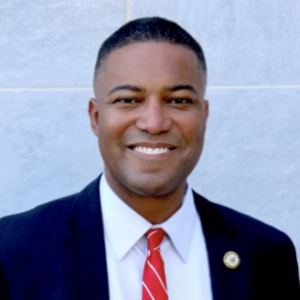 Ken Lawrence is the first African American Commissioner in Montgomery County, PA history. He was first appointed in 2017 to fill out the term of newly elected Attorney General Josh Shapiro. He was elected to a four year term in 2019. He serves as Chair of County Board of Elections and has led the purchase and implementation of a new voting system and “no-excuse” mail-in balloting in his county.

Transportation and infrastructure have been key focuses. of his tenure. Ken has served as a county appointee to the Southeastern Pennsylvania Transportation Authority (SEPTA) where he is Vice Chairman. He has been a leading proponent of repairing the county’s 133 bridges and keeping 75 miles of road in good repair. He is an avid user and promoter of the county’s parks and trails.