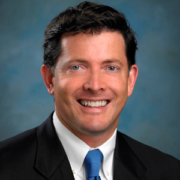 For more than a generation, America has struggled to improve our public schools–especially in our poorest areas. This hurts all of us, because our country’s economic competitiveness depends on our ability to out-educate the rest of the world.

Representative Townsend wants to improve public schools by elevating the profession of teaching with a State Bar of Teaching patterned after the professional associations that govern the learned professions of law and medicine. Studies show that countries with the highest performing students have one thing in common: more of their best and brightest students want to become teachers. A professional association would attract better students to teaching jobs by giving them the autonomy, accountability, and tools to become excellent teachers. 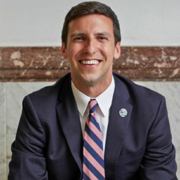 Too often Cincinnati public school facilities were sitting unused after school hours, while there was a prevalent need in the surrounding communities for additional academic support and resources for students and their families.

City Councilmember Sittenfeld helped facilitate the creation of Town-Square Schools in Cincinnati to transform underutilized school facilities into round-the-clock neighborhood hubs, offering after-school programming, health resources, adult education, and recreational opportunities for students, their families, and the surrounding community. By bringing community resources into the schools, this approach has helped students get the extra support they need to be successful and helped build strong community partnerships to better maximize current resources to serve the needs of each neighborhood. 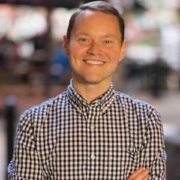 Access to college aid programs is a major impediment to low-income students applying to and enrolling in college. Numerous studies show that many college applicants, especially those who are low-income, have very little understanding of college tuition levels, financial aid opportunities, and how to navigate the admissions process. Because of the complexity of the financial aid system and the lack of information about the availability of college aid, it is estimated that hundreds of thousands of students who are eligible for financial aid do not complete the necessary forms to receive said aid each year.

Delegate Andrew Platt is proposing legislation in Maryland to use tax assistance preparation services for low-income families to help them complete and submit a Free Application for Federal Student Aid (FAFSA) application for their child. This approach has already been proven effective by the Coalition for Evidence-based Policy. Platt’s legislation will create a grant program to cover the cost of the tax preparation provider to provide this service, which is $90 per family. He plans on using the open-source software used in the field experiment, have the Maryland Department of Education and the Maryland Higher Education Commission fine tune it, and then work to create partnerships with online tax preparation companies, like Turbo Tax, to offer the service alongside online tax preparation and submission, using the free, open sourced software.

The Coalition for Evidence Based Policy sponsored this experiment. Publications related to the evidence can be found at the following links:https://toptierevidence.org/programs-reviewed/hr-block-college-financial-aid-application-assistancehttps://isites.harvard.edu/fs/docs/icb.topic1232998.files/Bettinger%20Long%20Oreopoulos%20-%20The%20FAFSA%20Projects%20-%20description%207-25-13.pdf 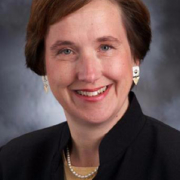 Many at-risk preschoolers are kicked out of traditional preschool programs and not given the opportunity to a high-quality education. These students often need additional support and wraparound services in order to make sure they do no fall further behind. Access to an early education has been shown to help set students on a pathway to future success, avoiding additional services further down the road.

Linn County offers a targeted preschool program for these at-risk 3- and 4-year-olds who have been identified as needing additional support in order to be prepared for kindergarten. By targeting this at-risk population, the County is able to provide much needed resources for students who are not getting the support they need from traditional schooling. The County preschool program partners with community businesses to offer additional resources to parents, including after-school counseling and activities to be with their kids. By investing early in the services these students and their families need, Linn County has been able to help more students be successful in kindergarten and beyond. The program has already experienced a 14:1 return of investment in future cost-savings from other country services. 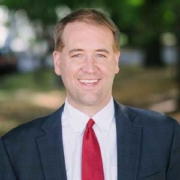 Rising costs of higher education including tuition, administrative fees, and textbook costs are hindering students from accessing the materials and resources they need to excel in college. 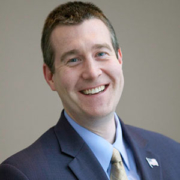 Many school communities in underserved areas lack a physical site for health, education, literacy, employment and human services to be provided. Great schools are community hubs that connect students, families, teachers, nonprofits and businesses into a strong fabric of learning, service, opportunity and prosperity.

Mayor Dayne Walling has helped expand the community schools movement in Flint, Michigan by collaborating with the Corporation for National and Community Service to utilize AmeriCorps volunteers in the process of making schools into community hubs. In the demonstration project in Flint, over 40 Operation AmeriCorps national service members in the new Flint Community Schools Corps will be placed in 4 sites with the assignment of developing volunteers and mentors for the schools. This approach simultaneously addresses both the necessity of boosting student academic performance and the obligation to engage the wider network of parents and leaders in human development. Making schools into community hubs leverages the existing investment in the school building and expands before and after school as well as evening programming opportunities. By collaborating with the AmeriCorp program, Mayor Walling also hopes to encourage volunteerism and national service in local education. 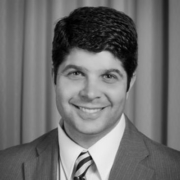 The financial software that the Board of Education uses in Middletown is outdated and inefficient, not allowing the school system to meet Connecticut’s state standards on financial reporting. Furthermore, the lack of coordination and transparency between city and school finances often leads to duplicative efforts and a lack of understanding how funds are being used each year.

Mayor Dan Drew helped lead the merger of financial operations between Middletown’s city hall and school system in order to save millions, prevent future litigation, and enable more transparent public school expenditures. The integration will provide upgraded software that will help make financial reporting more efficient for both the city and schools. By using the same software, the city will be also able to remove duplicative efforts between the two parties and help provide a better understanding for how city and school finances are being spent. Mayor Drew also hopes that this plan will ameliorate some of the pressure from school funding on local regressive tax rates by improving communication between city and school finances. 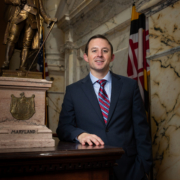 US Schools are more racially and economically segregated than 40 years ago. In Maryland, the most segregated schools have the highest level of low income students: schools where 99 to 100% of the student population is minority, about 73% of the population is low income. The current education model fails to educate all students adequately and equally, and as a result of the rapidly changing workforce demands, the US could be facing a shortage of up to 95 million high-and-medium-skilled workers by 2020. Additionally, our public schools fail to equip students with next generation skills but instead replicate traditional school models that do not keep up with 21st century demands. Subsequently, academic outcomes are stagnant and generally underperforming.

Senator Bill Ferguson introduced legislation that establishes Next Generation Schools in Maryland. These schools provide a rigorous 21st Century education to a diverse student body, while establishing an education innovation community that will stimulate an ecosystem of high-performing school models and will improve Maryland’s education structure. Next Generation Schools proposes to address these problems through the creation of 5 new schools that will innovate education through curriculum, structure and diversity. The schools will allow freedom of curriculum to educate 21st century skills, they will create new learning environments that allow schools to partner with universities, businesses and industry, and they will prepare students to work with people from different economic and cultural backgrounds by encouraging school diversity. Additionally, Next Generation Schools will innovate Maryland’s education system by establishing the Education Development Collaborative (EdCo). EDCo is a 15 member board that acts as an education innovation hub, modeled after Technology Development Corporation (TEDCO), that will leverage philanthropic and federal funds to aggregate and stimulate an ecosystem of 21st century school models with the purpose of studying and implementing evidence-based best practices to develop school curriculum, technology and structures. 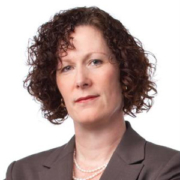 The data shows that nearly one in five students are dyslexic or have a visual processing disorder, making learning the basics of reading, writing, and math much more challenging; traditional teaching methods simply don’t work for these children. Despite the staggering number of people affected, our system of education makes no accommodations to help these students succeed. For the students who are fortunate enough to be diagnosed, many parents will spend thousands of dollars to get their children the help they need. Students who aren’t diagnosed and who don’t have access to treatment or tutoring are significantly more likely to struggle academically and are less likely to graduate. Furthermore, national and state studies have shown that a statistically high percentage of the prison population has some type of learning disability.

Working with the Oregon chapter of Decoding Dyslexia, Representative Val Hoyle helped pass legislation to create a comprehensive statewide system for training teachers to recognize and educate students with dyslexia to improve grade-level reading and math performance and maximize the academic and professional potential of all children. 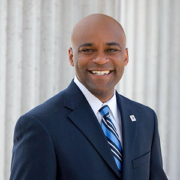 Every child in Denver deserves access to quality afterschool programs. Decades of research indicate that participation in quality afterschool programs keep kids safe, helps working families, and improves student engagement in school, thus improving academic achievement. Yet like many other cities across the nation, Denver’s afterschool field is fragmented, quality is inconsistent, and there is no sustainable source of funding to support programs.

The Denver Afterschool Alliance is working arm in arm with every stakeholder citywide to establish a comprehensive, sustainable afterschool solution that will ensure equity in access to quality afterschool programming throughout the city. This coordinated approach will help keep kids safe and inspire them to be successful in school and graduate ready for career, college, and life. By working collaboratively with Denver Public Schools and other community stakeholders, the Alliance will be able to identify which programs are the most effective and dramatically accelerates the City’s progress in supporting Denver’s youth.