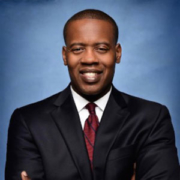 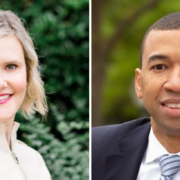 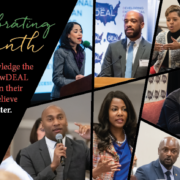 Washington — The NewDEAL celebrates Juneteenth as both a recognition of when the last enslaved Black Americans in Texas gained word of emancipation on June 19, 1865, and as a reminder of the continued pursuit for racial equity and justice for the Black community. This important day provides an opportunity to reflect on the progress our country has made, as well as to recognize the critical work that lies ahead to root out the systemic racism that still permeates so many aspects of our society.

We are proud that NewDEALers have demonstrated the leadership required to champion equal rights and actionable policies that support Black Americans. Across the country, NewDEALers are fostering a more inclusive and equitable community where they live. Their work includes Richmond, Virginia Mayor Levar Stoney’s efforts to draft an equity agenda and an anti-hate ordinance that would remove Confederate statues; St. Louis Mayor Tishaura Jones’s launch of police reform and racial equity measures, and her announcement of Juneteenth as a city holiday after her recent election as the first Black woman to lead her city.

Additionally, we recognize that the COVID-19 pandemic has disproportionately impacted Black communities and that our ongoing response to the pandemic is crucial in achieving justice for Black Americans. There are models for actions, including the “Making Real Change” campaign launched by Lieutenant Governor Garlin Gilchrist to increase vaccination rates in communities of color and combat vaccine hesitancy in Michigan. In New Jersey, a proposal from Senator Troy Singleton bill would establish a program to provide grant funding and technical assistance to support the development of minority-owned businesses, and in Cincinnati, Mayor John Cranley has proposed to invest $40 million in Black-owned businesses over five years, starting with an initial $5 million allocation from the city’s American Rescue Plan funding.

We stand today with NewDEAL Leaders, and with the Black community, in recognizing that Black Lives Matter, and we recommit to supporting the fight for justice and equity for all Americans. We look forward to continuing to elevate the state and local policy ideas that will ensure access to equal opportunity.
—

For more perspective, check out past conversations that the NewDEAL has hosted on Juneteenth and racial equity, including events featuring Bakari Sellers and Michael Smith, as well as Jamal Simmons in conversation with Mayor Jones and other NewDEALers at our 2021 Ideas Summit. Recent episodes of our podcast, An Honorable Profession, have featured guests such as Pennsylvania Representative Jordan Harris, Montgomery County Maryland Councilmember, Will Jawando, and U.S. Secretary of Education John B. King Jr. with NewDEALer Amanda Edwards. 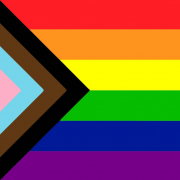 In honor of Pride Month, we recognize the history, achievements, and leadership of Lesbian, Gay, Bisexual, Transgender, Queer, Intersex, and Asexual (LGBTQIA+) Americans. LGBTQIA+ communities have demonstrated incredible resilience and courage in the fight for equality and this month provides an important opportunity to reflect on the encouraging progress that has been made, as well as the important work that remains.

As we slowly emerge from the COVID-19 pandemic and strive to build back better by creating an economy and institutions that work for all Americans, we must be mindful of the struggle for equity and justice for LGBTQIA+ Americans and ensure that our efforts reflect the ongoing struggle for their civil rights.

The NewDEAL has been fortunate to benefit from the contributions of LGBTQIA+ NewDEAL Leaders and supporters. The fight for much needed equity and inclusive LGBTQIA+ policies begins at the state and local level.

We are proud that NewDEALers are trailblazers for the LGBTQIA+ community and outspoken advocates for LGBTQIA+ issues, including Pete Buttigieg, who broke barriers as the first openly gay mayor of South Bend, Indiana, during his historic presidential campaign in 2020, and by becoming the first openly gay cabinet-level secretary. They are also leaders like State Senator Sarah McBride, the first transgender state senator in U.S. history, who before taking office successfully advocated for passage of non-discrimination legislation and is now purusing bold proposals for all Delaware families. In Maine, Representative Ryan Fecteau passed bipartisan legislation to ban the harmful practice of conversion therapy and has become the youngest and first openly gay Speaker of the House.

These efforts continue today, with Leaders working to ban anti-trans health insurance discrimination and protect access to gender affirming treatment in Washington, and to assist LGBTQIA+ veterans in New Jersey who were discharged solely due to their gender identity or sexuality, expanding their access to veteran’s benefits and support.

We look forward to continuing to elevate the tremendous leadership of members of LGBTQIA+ communities and the state and local policy ideas that will ensure their access to equal justice and opportunity. 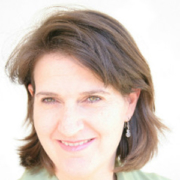 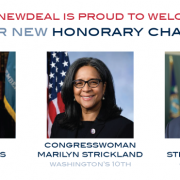 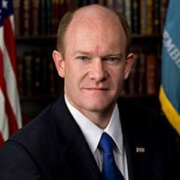 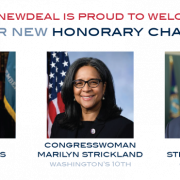 The chairs will address NewDEAL Leaders and partners on May 26 at the Ideas Summit, a virtual event that will also celebrate the organization’s tenth anniversary. Plenary and breakout sessions will address a series of topics related to the pandemic recovery, with additional panel discussions reflecting on the one-year anniversary of George Floyd’s murder and the state of American democracy. Throughout the event, participants will explore opportunities to maximize the impact of state and local government funds from the American Rescue Plan that were released this week by the U.S. Department of Treasury.

“One lesson I learned during my 10 years in county government is that state and local officials solve problems,” said Coons, who got his start in government as County Council President and County Executive in New Castle, Delaware. “At this historic time, the efforts of state and local leaders will be critical to our recovery, and we will build back better and stronger when we can share ideas and learn from one another. I’m excited to work with the NewDEAL Leaders to tackle the country’s biggest challenges, while also developing our next generation of leaders.”

Coons, Strickland, and Benjamin will help guide the pro-growth progressive network as it focuses on promoting and spreading policy ideas for “building back better” and creating a more equitable society, while also providing its members with a community of fellow public officials and thought leaders as they advance in public service. NewDEAL Leaders are selected for their innovative, forward-thinking approach to expanding economic opportunity, and will work with the chairs to elevate best practices, aiming to influence other state and local governments as well as Washington.

Dozens of NewDEALers have ascended to higher office during the last few years. Past members include Secretary Pete Buttigieg, Stacey Abrams, Jason Kander, and six leaders who have been elevated to the U.S. House and Senate since 2018, such as Strickland.

“The COVID crisis has spotlighted the vital role of state and local leaders in coming up with innovative, practical solutions to the country’s biggest challenges, as well as the impact of effective federal-state-local government collaboration,” said Strickland, who was a member of NewDEAL as Mayor of Tacoma, Washington. “As funds I fought to secure in the American Rescue Plan for state, local, and tribal governments are finally disbursed, I cannot imagine a more critical time to support this network so we can work together to support jobs, families and workers as we get our nation back on track.”

“As a proud long-time NewDEAL Leader, I am honored to tackle this new role at a time when NewDEAL Leaders are on the frontlines of simultaneous crises around public health, the economy, racial justice, and climate change,” said Benjamin, who recently served as President of the U.S. Conference of Mayors and will continue to be an honorary chair of NewDEAL after his term expires in Columbia at the end of this year. “With a true partner to state and local leaders in the White House, NewDEALers have more potential than ever to develop and spread good policy that gets to the root of the many crises we face.”

NewDEAL Leaders also participate in task forces created by its sister organization — the NewDEAL Forum — that develops and supports implementation of policy recommendations to address issues like education, the future of work, climate change, affordable housing, and broadband access.

“Senator Coons, Congresswoman Strickland, and Mayor Benjamin epitomize the type of leadership that NewDEAL was created to foster,” said NewDEAL CEO Debbie Cox Bultan. “They are thoughtful and effective leaders who understand how the world is changing and have a practical approach to the unprecedented challenges facing our country. Their partnership will be invaluable as our members advance the Biden Administration agenda to build back from the pandemic with a stronger and more equitable economy.” 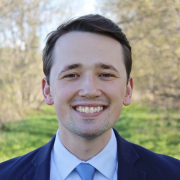