As her city of Lincoln, NE recovers from the effects of the pandemic, NewDEAL Mayor Leirion Gaylor Baird announced new competitive grant funding for job training programs to help low-wage workers who are struggling to get back to work. Funded with American Rescue Plan dollars from the city and the county, the grants are open to higher education institutions, public-private partnerships, and nonprofits offering programs for workforce development. Read more about the grants, which Mayor Gaylor Baird hopes will build “new skills to prepare [workers] to compete in the job market and fulfill the needs of employers big and small”.

A new Massachusetts commission, co-chaired by NewDEAL Leader Sen. Eric Lesser, will develop policies to help prepare the state for a post-pandemic economic future. Lesser has co-chaired the NewDEAL Forum’s Future of Work Policy Group and the idea for the Commission, as well as the work it will do, is based on the Policy Group’s work. The Commission will help analyze ideas like portable benefits and job training incentives to create upward mobility in the workplace. “The Great Depression triggered the need for Social Security,” Lesser said, “Now that we’ve made our way through another crisis, I think it’s exposing again what the gaps are in the 21st century.” Read more about Massachusetts’ Future of Work Commission here.

Leading the U.S. Conference of Mayors

This week, NewDEAL Leader Dayton, OH Mayor Nan Whaley was elected the 79th President of the United States Conference of Mayors, succeeding fellow NewDEAL Leader Louisville Mayor Greg Fischer. In an address to her mayoral colleagues, Mayor Whaley outlined her priorities, including effectively implementing the American Rescue Plan, securing passage of the American Jobs and American Families Plan, and addressing gun violence. “We are in the middle of a transformational era for our country, and I am humbled by the opportunity to work more closely with our nation’s mayors in this new capacity to make a real difference in the lives of our residents…there is no better time than right now to meet this moment by creating a more safe and equitable future that is available to all of us, not just some of us.”  Also announced were other members of the elected UCSM Leadership team, including the addition of NewDEAL Leaders Lincoln, NE Mayor Leirion Gaylor Baird, San Jose Mayor Sam Liccardo, St. Louis Mayor Tishaura Jones, and Richmond Mayor Levar Stoney to the group’s Advisory Board.

This week, NewDEAL Leader Senator Troy Singleton’s legislation to protect small businesses throughout the state from tax burdens on PPP loans was signed into law, providing more relief businesses that struggled during the pandemic. Singleton’s bill ensures that any forgiven Payment Protection Program loans are not subject to state income tax and that recipients can deduct the expenses, which Congress recently affirmed was the intent of the CARES Act. Read more about Senator Singleton’s bill here.

NewDEAL Leader Speaker of the Maine House Ryan Fecteau is working to meet the needs of Maine residents struggling to find affordable, quality child care by sponsoring a bill that would require several state agencies to prioritize the training and recruitment of more workers into the childcare profession. Additionally, once COVID-19 relief funds that will be used for a similar purpose are exhausted, the legislation would allocate $4.5 million each year to continue supplementing higher wages, as chronically low wages make worker retention and recruitment difficult. Read more about Rep. Fecteau’s bill here.

Investing in Innovation in Alabama

Legislation to establish the Alabama Innovation Corporation, sponsored by Alabama Representative Jeremy Gray, passed unanimously in the Senate this week, after having been previously passed by the state House. Gray, a member of the new class of NewDEAL Leaders, has led the effort to launch this new public-private partnership that would support statewide entrepreneurship, rural businesses, research and development, and tech training for workers. The bill now returns to the house for a final vote before heading to the Governor’s desk. Read more about Rep. Gray’s bill here.

NewDEAL Leader San Jose Mayor Sam Liccardo is leading a coalition of mayors in the creation of resilience corps programs across the nation, with the dual purpose of mobilizing citizens to address pandemic recovery needs and to provide living wage jobs for those participating in the corps. Mayor Liccardo led the coalition in penning letters to Congress and the White House, calling for funding for the Resilience Corps and the Civilian Climate Corps it’s based on. The mayor also announced the creation of his city’s Resilience Corps, which will hire 500 unemployed and underemployed young residents to work on tasks across five specific areas of need in the city. Check out San Jose coverage here and read more on the Resilience Corps from the mayor’s office.

Want to learn how you can join the coalition to support the creation of resilience corps across the nation or implement the idea in your area? Respond to this email or contact a NewDEAL staffer for information on how to get involved.

This week, NewDEAL Leader San Antonio Mayor Ron Nirenberg announced a new partnership with local workforce development agencies to offer jobs training and education to residents of his city who have been most negatively impacted by the pandemic, all at no cost. The program hopes to serve 10,000 residents by this time next year. “The City of San Antonio is committed to helping out our most vulnerable residents recover from the economic effects of the pandemic,” Nirenberg said, “and we can do this best by providing them with training and educational opportunities, so they can get back to work quickly and benefit from a brighter career outlook.” Read the city’s release here.

To address an increase in violent crime, NewDEAL Leader Dallas Mayor Eric Johnson announced the Dallas Works Program, aiming to employ over 1,000 high school students at over 75 companies during the summer of 2020. The program will assist lower-income teenagers and aims to respond to the concerns raised by the mayoral task force focused on a recent upward trend in violent crime. Johnson believes the program will make strides in mitigating violence by giving “kids an opportunity to learn professional skills, to contribute to their communities, and to stay out of trouble.” Read more about Mayor Johnson’s efforts to employ Dallas youth here. 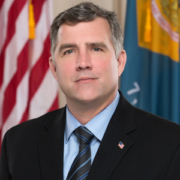 Historically, research and development incentives in Delaware have supported larger established companies. While these larger companies are vital to the state, smaller businesses and startups usually need more resources as they are starting out to remain competitive and expand their business efforts.

Rep. Short introduced legislation to reform the R&D Tax credit program in Delaware so that it will drive more of the resources to smaller start-up companies. By refocusing the credit toward smaller businesses and startups, this bill incentivizes innovation and growth in emerging industries that are critical to enhancing Delaware’s competitiveness and increasing the opportunity for job growth. If passed, the bill will improve the business climate for existing small businesses and attract new businesses to Delaware.