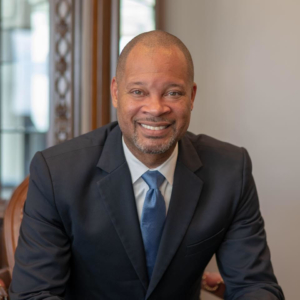 Before being elected Nevada’s Attorney General, Aaron Ford served as the Majority Leader of the Nevada State Senate. He has been the Minority Leader, Assistant Majority Whip, and previously held a leadership role on several legislative committees.  He was recognized as best Senate Freshman by the Las Vegas Review-Journal, Rookie of the Year by the Reno Gazette Journal, and Senator of the Year by both Help Animals Nevada and the Nevada Conservation League for his work during the 2013 Nevada Legislative session.

Before practicing law, AG Ford served as a public school math teacher, shaping hundreds of lives. After teaching, he began his career in law. He clerked for the Honorable Denise Page Hood of the United States District Court for the Eastern District of Michigan and the Honorable Johnnie B. Rawlinson of the United States Court of Appeals for the Ninth Circuit. He spent many years in private practice as a Partner at Snell & Wilmer, LLP and later as Partner at Eglet Adams in Las Vegas.

Throughout AG Ford’s career, he has always made time to give back to his community. Among his many community accolades, he has served on the Clark County Justice of the Peace Selection Committee and recognized as a Mountain States’ “Super Lawyer” and “Rising Star in Law”. AG Ford is a former Board Member of the I Have a Dream Foundation, Olive Crest of Nevada, and Junior Achievement of Southern Nevada. In addition, he coached soccer, basketball, and t-ball.