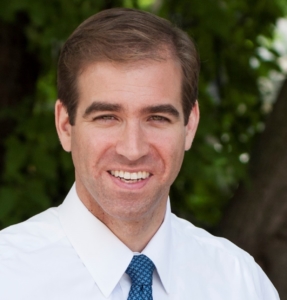 Mayor Bronin is a husband, a father, a veteran, and an attorney, and he is committed to building a stronger Hartford for all of the city’s residents.

After taking office in 2016, Mayor Bronin led the city through the biggest fiscal crisis in the city’s history, working to put Hartford on a path to fiscal stability. In addition to promoting economic development and investment, his administration has focused on building opportunity for Hartford residents through key initiatives like the Youth Service Corps and the Reentry Welcome Center. He has also worked to position Hartford as a center of innovation and establish Hartford a leader in environmental stewardship.

Prior to becoming mayor, Mayor Bronin served in senior positions in both federal and state government. In 2013, he was appointed by then-Connecticut Governor Dannel P. Malloy to serve as General Counsel. As the governor’s chief lawyer, Bronin was deeply involved in developing policies to combat veterans’ homelessness, pass common sense gun laws, expand economic opportunities, reform our criminal justice system, and protect our environment.

Prior to his role in the Governor’s office, he served in the Obama Administration as the Deputy Assistant Secretary for Terrorist Financing and Financial Crimes at the U.S. Department of the Treasury. In that role, he helped lead the federal government’s efforts to isolate and disrupt international terrorist groups, and advanced U.S. national security and foreign policy interests.  Previously, he served as the Senior Advisor to the Deputy Secretary of the U.S. Treasury, as an international affairs fellow with the Council on Foreign Relations, and as Chief of Staff to the President of Property and Casualty Operations at the Hartford Financial Services Group, one of the capital city’s largest employers.

Mayor Bronin served as an officer in the U.S. Navy Reserve and was a member of the military’s anti-corruption task force during his deployment to Afghanistan from September 2010 to April 2011. He earned his B.A. and J.D. from Yale University and his M.A. from Oxford University, where he studied as a Rhodes Scholar.

He and his wife Sara live in Hartford with their three young kids.