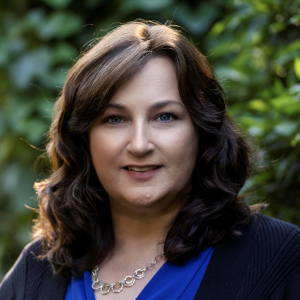 Christine Hunschofsky was elected to the City of Parkland Commission in 2013 and elected Mayor in 2016. She led her city through the aftermath of the Marjory Stoneman Douglas shooting in Parkland in 2018.

During her time as Mayor, Christine was appointed to co-chair the United States Conference of Mayors Small Cities Forum and testified before the Gun Violence Prevention Task Force of the 116th Congress regarding the need for universal background checks and extreme risk protection orders. Additionally, she worked with the Broward County School Board and local developers to build additional elementary school space and promoted a Buy Local program to help small businesses. She also worked with managing entities, state, and federal agencies to bring new mental health resources to the community. In 2019, she joined the American Food Coalition and advocated for flood mitigation legislation in Washington DC.

Christine was elected to the Florida House of Representatives as the State Representative for District 96 in November 2020 and in her first term has passed bi-partisan legislation renaming a Coral Reef Conservation Area and establishing a Commission on Mental Health and Substance Abuse to improve the delivery of mental health and substance abuse services in Florida.